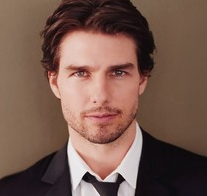 SARASOTA, FL, UNITED STATES, November 30, 2017 /EINPresswire.com/ — Everybody loves playing games and winning big prizes. Steve Sucher is planning on bringing fun and excitement in the form of a bingo fundraiser for the local retirement community.

This kind of event works well with raising money, but also giving donors and attendees a way to have joy at the same time. Sucher has been planning for few months but hopes next year to have a date finally.

"I visit the local retirement home often for family, and I've noticed some amenities are outdated," explains Sucher. "A fundraiser would be great to raise money to get some new things around the building."

Sucher thought long and hard about what would be an ideal fundraiser idea, and bingo night seemed to be a perfect choice. It's easy to put together, and all you need is a large room with bingo supplies.

With the holidays coming up, Sucher wants to make sure the event gets the proper attention and publicity. After all, it's about raising money for the facility and bettering the living of the retirement community.

"Bingo night is huge here and already has a large attendance," adds Sucher. "But bringing outside people in to play and a chance to earn prizes while raising money will be a fun night."

Again, the idea is early in planning mode but has become the talk of the building among the residents. But Sucher wants to do it right and make sure it gets attention around the city.

"Residents of the city don't know about the out of date amenities around here," Sucher says. "Coming here for the bingo night and seeing what can be improved would be great for donations too."

Prizes For Winners And Contestants

Because each game will have a price to play, every bingo card involved will be part of the funds raised. There will also be an offer for one price for unlimited games for the night.

When it comes to prizes, there will be different levels available. Single ticket game winners can select smaller prizes. The more you win and save tickets, you can get bigger prizes.

These prizes would be donations from local shops in the city. From small to large donation items to gift certificates, Sucher plans on making the awards a big part of the night.

"I've planned out a long list of potential vendors and donors for the night," says Sucher. "This night will be all about raising money, but I want to help local shops get noticed too."

A lot of planning comes into a night like this. Sucher has talked with residents and workers from the retirement home, and they love the idea. Potential volunteers have reached out to Sucher about being available during the night.

"Some of the board games and recreation equipment needs to be updated," states Sucher. "Residents said they have reached out to the building's managers, but lack of funds is the reason for no help."

The large courtyard is just a slab of concrete. But if the bingo night raises enough money, Sucher hopes to turn the area into a recreation spot.

From shuffleboard to bocce ball, these games played by residents and their visiting families. Also, adding picnic tables with an area for cookouts will benefit the courtyard.

"We get some nice weather for a good portion of the year," adds Sucher. "Making the outdoor area better for playing would bring more residents outside."

While the idea is perfected, Sucher hopes to start planning the official date after the holidays. Whenever this event takes place, the residents will appreciate the kindness.