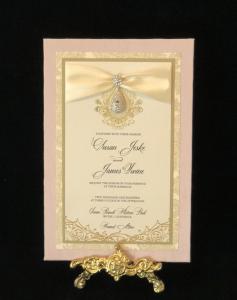 Owners Andre and Nida Taylor worked closely with Jeske to incorporate elements of the invitation that were important to her. 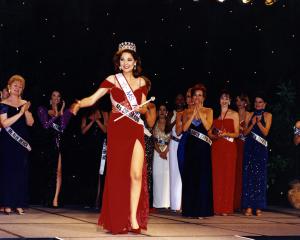 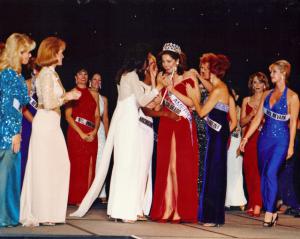 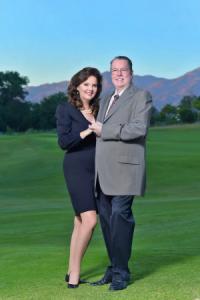 Susan Jeske Engagement Photo taken with the Saddleback Mountain in the background. 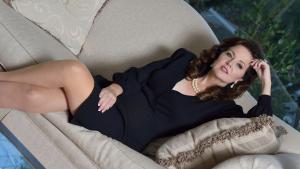 IRVINE, CA, UNITED STATES, May 27, 2018 /EINPresswire.com/ — The CEO of the Ms. America® Pageant, Susan R. Jeske appointed My Luxe Wedding to custom design invitations for her wedding where she will be marrying James M. Irvine, the youngest grandson to the late James Irvine II who inherited about 115,000 acres in what is now Orange County, California.

A custom design studio that provides wedding invitations and menu's, My Luxe Wedding’s mission is to help clients treat their guests to the ultimate visual experience with invitations that boast elegant jewels, fabulous fabrics, exclusive papers and the most intricate design details.

Owners Andre and Nida Taylor worked closely with Jeske to incorporate elements of the invitation that were important to her.

They began the process by selecting a concept that was undeniably elegant yet timeless, tasteful and inviting to each guest of honor, which includes everyone that Susan and Jim invited. Each invitation was handmade with care and artistic flair.

A blush pink, dupioni silk fabric was selected for the base of the invitation and the paper layering combined ivory, gold and a patterned paisley to enhance the artwork on the announcement layer. An ivory satin ribbon was used to feature at its center-point, a hanging teardrop jewel that adorns the top of the invitation like a beautiful chandelier.

Just a hint of burgundy was incorporated to add a pop of Jim's favorite color.

The couple plan to marry at the Irvine Ranch Historic Park which is where the original Irvine family home was and is now the Katie Wheeler Library (named after James’s Aunt). James was born and raised in the home as a young boy. He will be the last Irvine that lived in the mansion, who will be married there.

Susan was crowned Ms. America® 1997 at the Luxor Hotel in Las Vegas winning $75,000 in cash and prizes. Some of her other titles include: Miss Orange County 1987, Miss Brea/Fullerton 1986 and Ms. California State 1996. In 1999 she purchased the Ms. America® Pageant and became its CEO. Since then she has grown the pageant into an institution that attracts high-achieving women from all walks of life to vie for the title and put it to philanthropic use. In 1993, Jeske set the still unbroken World Record, published in the Guinness Book of Records, for singing the National Anthem at the most events in a 24-hour period. She has sung all over the world and for 7 United States Presidents. In 2004, Susan was honored with the Presidential Service Lifetime Achievement Award from the President of the United States for her lifetime contributions to charity and volunteerism. Throughout her career she has been a spokesperson for several Fortune 500 companies including Hyundai Motor America and traveled worldwide to launch a natural skin care line called True Elements for Nikken International. www.SusanJeske.com.