The ranch property in Eatonton, Ga., is situated on about 85 acres east of Atlanta, in Putnam County. 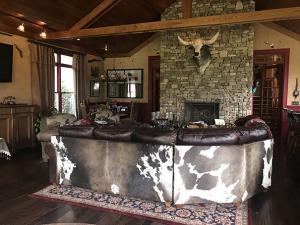 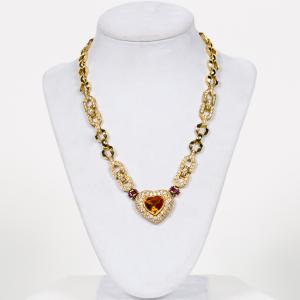 Jewelry items from Diane McIver, being sold in the August 4th auction, will include this stunning necklace. 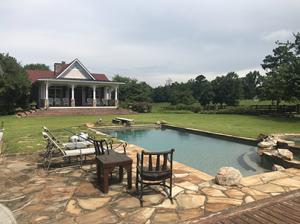 An outdoor pool just off the main house is one of many pluses that come with the Eatonton ranch property. 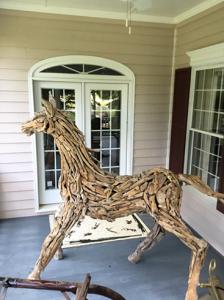 This whimsical outdoor horse sculpture is one of many objects bidders will vie for at the three-day event.

Diane McIver is the prominent Atlanta businesswoman who was fatally shot and killed by her husband, Atlanta attorney Claud “Tex” McIver, convicted for murder.

EATONTON, GA., UNITED STATES, July 30, 2018 /EINPresswire.com/ — Items and property from the estate of Diane Smith McIver – the prominent Atlanta businesswoman who was fatally shot and killed by her husband, Atlanta attorney Claud “Tex” McIver, now serving a life sentence in prison for felony murder – will be sold on-site, at the couple’s ranch in Eatonton, situated on about 85 +/-acres, east of Atlanta in Putnam county. The address is 603 Pea Ridge Road Southeast in Eatonton (zip: 31024).

Diane McIver was the former president of Corey Airport Services and U.S. Enterprises in Atlanta and a savvy businesswoman prior to her tragic and untimely death at age 64 in 2016.

But on that fateful night in September 2016, while driving back to Atlanta from Eatonton, in the McIvers’ Ford Expedition driven at the time by Mrs. McIver’s best friend, Dani Jo Carter, the double-action revolver held by Mr. McIver in the back seat suddenly discharged, shooting Diane in the back and eventually killing her. Claud McIver pleaded not guilty in the lengthy jury trial.

Mr. McIver said he asked his wife to pass him his gun from the glove box when they were driving through an area of Atlanta, near Piedmont Park, that he felt was unsafe. While holding the gun in the backseat, he told police, he started to doze off, and when he woke up with a jolt the gun went off by mistake. The bullet passed through the front seat hitting Diane, an injury that eventually resulted in her death. Mr. McIver was found guilty of felony murder and other crimes, and he is now in prison while appealing his sentence.

At the end of his six-week-long trial, Mr. McIver, 75, was found guilty of felony murder and sentenced to life in prison, with the chance for parole. He is currently appealing the conviction.

Ahlers & Ogletree is a multi-faceted, family-owned business that spans the antiques, estate sale, wholesale, liquidation, auction and related industries. Ahlers & Ogletree is always seeking quality consignments for future auctions. To consign an item, an estate or a collection, you may call them at 404-869-2478; or, you can send them an e-mail, to consign@aandoauctions.com.