Bouncy Castle Network is concerned that inaccurate reporting of the tragic death of Ava-May Littleboy is putting thousands of people’s livelihoods at risk.

The death of Ava-May is tragic and our deepest condolences go to her family from our entire team.”
— Eddie Daniels

NORFOLK, ENGLAND, UNITED KINGDOM, July 4, 2018 /EINPresswire.com/ — News has now emerged that the widely reported death of a young girl who died on Sunday at 11am at Gorleston beach was due to an over pressurised sealed inflatable trampoline that exploded, not a bouncy castle as initially reported. Ava-May Littleboy, 3, died after being thrown from the inflatable trampoline on a beach, Norfolk Police have said.

The incident occurred at about 11am on Sunday at Gorleston beach. Members of the public and the Royal National Lifeboat Institution rushed to save the girl. East of England Ambulance Service (EEAST) said: “She was taken to the James Paget hospital but later died from her injuries.”

Conservative MP Robert Halfon called for a ban on bouncy castles in public areas, but it soon emerged that the incident occurred on an inflatable trampoline, which is operationally and structurally different to a bouncy castle.

Eddie Daniels, managing director of Bouncy Castle Network, said: “The death of Ava-May is tragic and our deepest condolences go to her family from our entire team.”

Mr Daniels, who formerly worked as a bouncy castle and inflatable equipment operator for over 20 years, said: “Although facts are still emerging, it’s imperative that the public understand that this was not a bouncy castle. Bouncy castles use constant airflow – they have a fan which must be left on to inflate the castle, with air escaping through the seams.

“This means it is impossible for an incident like this to happen on a bouncy castle. The product in question was a sealed inflatable trampoline, which is inflated and then plugged so the air cannot escape. Calling for a ban following an inaccurately-reported incident would affect thousands of people’s livelihoods and could close countless small businesses.”

Supt Roger Wiltshire, the Great Yarmouth district commander for Norfolk Police, described the death of the girl as “an unspeakable tragedy”.

He said: “My understanding is that the mother had a conversation with the stall holder and the child went on the equipment.

Responding to political calls for a temporary ban on bouncy castles in public areas, he said: “I have spent many hours myself watching my kids on bouncy castles jumping up and down. There are thousands of pieces of inflatable equipment across the country which come out at schools, fetes and other events,” adding that “every parent will have to make their own decision about them.” 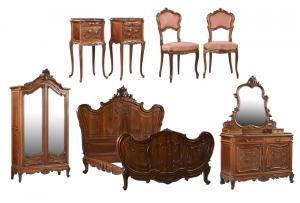 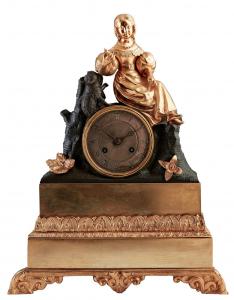 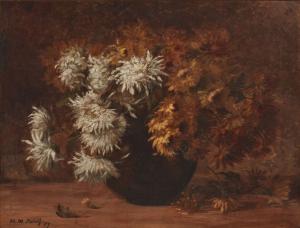 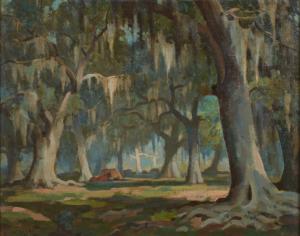 This auction will feature a wonderful array of fine art and antiques from local New Orleans and regional Southern estates, over 1,000 quality lots in all.”
— Adam Lambert

The two-day Important Summer Estates Auction will be held in Crescent City Auction Gallery’s showroom located at 1330 St. Charles Avenue in New Orleans, starting at 9 am Central time on Saturday, July 21st (lots 1-650) and 10 am on Sunday, July 22nd (lots 651-1004). Featured will be a wonderful array of fine art and antiques from local New Orleans and regional Southern estates.

With a pre-sale estimate of $5,000-$7,000, the French Louis XV-style seven-piece bedroom suite is an exemplary lot of the auction. The grouping consists of a pair of verde antico marble-top nightstands, a double bed, a pair of bedroom chairs, a verde antico marble-top dresser and a double beveled mirror door armoire, impressive at 110 inches tall by 61 inches in width.

The paintings by Clarence Millet and Marie Madeleine Seebold Molinary both carry estimates of $4,000-$6,000. The Molinary is an oil on canvas titled Still Life of Chrysanthemums in Vase 1889, signed and dated lower left and measuring 19 ½ inches by 25 ½ inches. The Millet is an oil on board titled Moss-Laden Oak Trees, signed lower left and 15 ¼ inches by 19 ¼ inches.

For those unable to attend in person, online bidding will be provided by LiveAuctioneers.com and Invaluable.com. Previews will be held Thursday, July 12th, through Friday, July 20th (except on Sunday, when the gallery is closed), from 10-5. A late evening preview will be held Wednesday, July 18th until 7 pm. Absentee and phone bids will be taken until July 20th at 1 pm (all times Central).

A printed catalog is available on request. Crescent City Auction Gallery is always seeking quality consignments for future auctions. To consign a single item, an estate or a collection, you may call them at (504) 529-5057; or, you can send an e-mail inquiry to info@crescentcityauctiongallery.com. 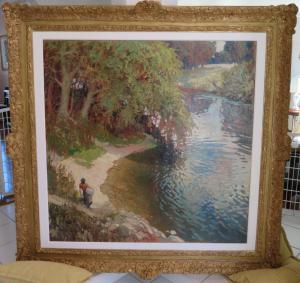 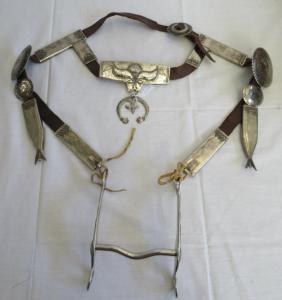 Horse headstall made in New Mexico around 1940 from leather, steel and sterling silver. 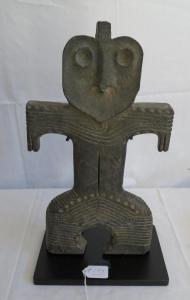 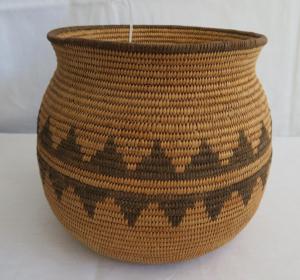 Circa 1930s Chemehuevi basket, produced in the Mojave Desert from willow and devil’s claw. 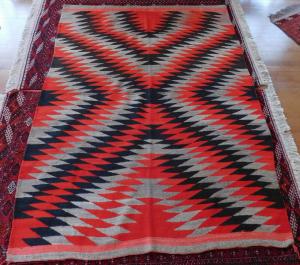 Transitional Navajo weaving made of wool and dye in New Mexico in the 1890s.

With the many fine items throughout the catalog, we’re encouraging folks to bid early and bid often so they don’t miss out.”
— Diane Harvey

The online-only auction will begin promptly at 1:15 pm Eastern time. All lots may be viewed and bid on now, via the platforms LiveAuctioneers.com and iCollector.com, plus on the Helm Auction website, live.helmauction.com, which is powered by Auction Mobility and offered on the Apple store and Google Play by searching “Helm Auction”. Absentee bids will be accepted.

“With the many fine items throughout the catalog, we’re encouraging folks to bid early and bid often so they don’t miss out,” said Helm Auction owner Diane Harvey. Auctioneer Craig Helm added, “We won’t be reducing any sale prices during the live auction. Leaving your absentee bids is the best way to ensure you come out a winner, as we take bids across multiple platforms.”

With a pre-sale estimate of $50,000-$100,000, an original oil on canvas figural landscape by the Latvian-born German painter Johann Valters-Walter Kurau (1869-1932) is a strong candidate for top lot of the auction. The painting, housed in a gold gilt frame measuring 62 ½ inches by 61 ½ inches, was rendered circa 1900 and signed in Cyrillic (customary for Latvian artists) by Valters.

Also expected to attract interest are a horse headstall made in New Mexico around 1940 from leather, steel and sterling silver, with a steer design across the bridle top (est. $4,000-$8,000); and a pre-Columbian bird figure with a parrot-like face, large eyes and a three-stepped feathered crest, made in Costa Rica, 15 ¾ inches tall on a custom heavy metal stand (est. $3,000-$5,000).

A large early Blackfoot Indian parfleche case-cylinder, made of hide in the 1860s or 1870s, has top and bottom discs present, old natural pigments and measures 24 inches by 8 inches (est. $1,250-$2,500). Also, a prehistoric Chumash carved whale figure made of steatite and shell inlay, 5 ¼ inches tall and discovered in Santa Barbara, California, should reach $500-$1,500.

Rounding out just some of the auction’s expected highlights is an antique Chinese Qing dynasty cabinet-hutch, around 140 years old, made of wood and 43 ¼ inches tall (est. $1,500-$3,000).

A buyer’s premium of 22 percent will be applied to all winning bids. No returns. Previews are by appointment only and can be made by e-mailing Helm Auction, at admin@helmauction.com, or by calling (619) 440-0320. Absentee bids can also be emailed to the same address, or mailed to Helm Auction, 772 Jamacha Rd., Ste. 303, El Cajon, CA 92019 (items are not at this address).