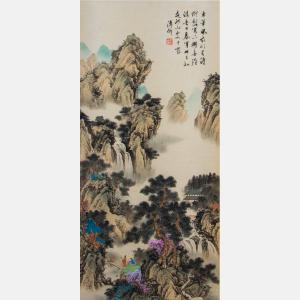 Watercolor and ink on laid paper by the Chinese artist and calligrapher Pu Jian (1893-1966). 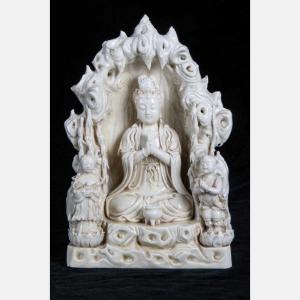 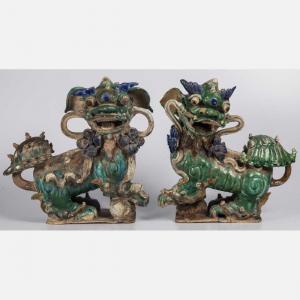 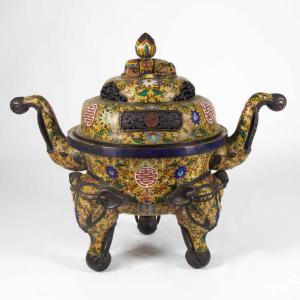 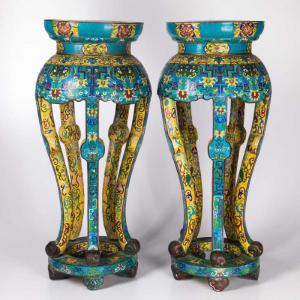 Dr. DiCenzo's enthusiasm for Japanese culture and Asian culture overall are brilliantly displayed thru his superb collection of fine decorations and furniture.

Dr. DiCenzo's collection was perhaps one of the most extensive in Ohio. Any enthusiast of East Asian culture, craftsmanship and décor will be sure to appreciate this auction.”
— Serena Harragin

CLEVELAND, OHIO, UNITED STATES, August 29, 2018 /EINPresswire.com/ — CLEVELAND, Ohio – The private collection of the late Dr. Ronald J. DiCenzo, the former Professor of History and East Asian Studies at Oberlin College in Ohio – whose enthusiasm for Japanese culture (and Asian culture overall) are brilliantly displayed through his superb collection of fine decorations and furniture – will be auctioned on Wednesday, September 12th, by Gray’s Auctioneers & Appraisers.

The auction will be held online and in Gray’s showroom, at 10717 Detroit Avenue in Cleveland, starting at 10 am Eastern time. For those unable to attend in person, online bidding will be available through the Gray’s website, GraysAuctioneers.com, and at LiveAuctioneers.com and Invaluable.com. Telephone and absentee bids will also be accepted. Dr. DiCenzo passed away on November 4th, 2017.

“Dr. DiCenzo's collection was perhaps one of the most extensive in Ohio,” said Serena Harragin, CEO of Gray’s Auctioneers & Appraisers. “While most of the lots are Chinese in origin, there is also a wide variety of Japanese artifacts, such as the set of 12 woodblock prints or the authentic Katana with Saya. Any enthusiast of East Asian culture, craftsmanship and décor will be sure to appreciate this auction.”

Lot 307 is a beautiful watercolor and ink scroll by early 20th century Chinese calligraphy artist Pu Jian (1893-1966), also often referred to as Pu Jin. A member of the Manchu Imperial family and a cousin of the last emperor of China, Pu Jian was part of an elite Beijing painting circle known as the Songfeng huahui, or the Pine Breeze Painting Society. Most of its members were relatives of the Imperial family.

Pu Jian lived through a tumultuous period in modern Chinese history. His surviving works demonstrate a devotion to traditional Chinese painting and crafts. The scroll, titled Scholar in a Landscape, depicts a Confucian scholar and his attendant traversing a bridge by a waterfall, surround by dense foliage depicted vividly in the traditional style practiced by Pu and his contemporaries in the Songfeng huahui.

Lot 398 is a large Japanese burled elm wood Tansu chest with brass mounts from the 20th century. A longtime fixture of Japanese homes, large size cabinets such as the one up for auction are designed to be disassembled into smaller pieces for easy relocation. The word Tansu is derived from two Japanese characters – tan and su – which refer to the storage of food and the carrying of firewood, respectively.

Lot 15 is a pair of Chinese “Foo Dog” roof tile finials. While erroneously known as “Foo Dogs” in the West, the mythical creatures depicted in these finials and many other pieces of traditional Chinese art and sculpture are actually lions. These guardian figures have long been a fixture of Imperial Chinese heraldry, ceramics and architecture dating back at least as far as the Han Dynasty in the 6th century AD.

Leading off the auction this month is a wonderful collection of Chinese blanc de chine ceramic figures. Known to the Chinese as Dehua porcelain, blanc de chine porcelain production dates back to the Ming Dynasty and is produced in the town of Dehua, in the Fujian province. First exported to Europe in the early 18th century, these ceramics became internationally renowned for their uniquely pure ivory tone.

Finely detailed carved wood and stone items are also up for auction, including a carved hard stone landscape depicting figures huddled around a cliff side temple beneath a tree. The detail work and color of this object are exquisite. Lot 238 is a pair of carved elm architectural brackets, depicting the fearsome visages of a dragon clutching an embroidered ball, an example of magnificent craftsmanship.

Lot 372 is a large carved hardwood drum depicting another dragon, Lot 208 is a set of six brilliantly carved hard stone figurines, Lot 342 is a carved and gilt lacquered plaque depicting birds resting among a dense thicket of floral plants, and Lot 343 is a similar gilt and lacquered wooden plaque, depicting an aquatic scene of fish and squid surrounding a waterside shrine. Many other lots will also be featured.

In all, more than 500 lots will come up for bid, and bidders can view the catalog now, in its entirety, at GraysAuctioneers.com. Gray’s will open for in-person previews from September 6th thru 12th; Monday thru Friday, from 10am-5pm, and Saturday from 12 noon-4pm; or by appointment. All times Eastern.

Dr. DiCenzo received his Ph.D. in Japanese history from Princeton University in 1978. As part of his studies, he spent several years in Japan during the 1960s, where he first began collecting the wide variety of beautiful antiques now up for auction. As part of the Oberlin faculty, he galvanized student interest in Japan on campus as it was rising as an economic and cultural superpower in the mid-1970s.

DiCenzo went on to help Oberlin College affiliate with the newly-formed Associated Kyoto Program consortium of colleges in the U.S., through which he sent scores of students for study abroad in Japan.

Gray’s Auctioneers & Appraisers is always accepting quality consignments for future auctions. To inquire about selling a single piece, an estate or a collection, you may call them at (216) 226-3300; or, you can send an e-mail to their appraisals department at appraisals@graysauctioneers.com.

To learn more about Gray’s Auctioneers & Appraisers and the live and internet auction planned for Wednesday, September 12th, at 10 am, visit www.graysauctioneers.com. Updates are posted often.