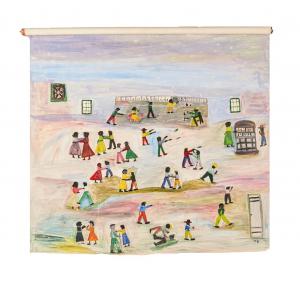 Russian icon of the Virgin Akhtirskaya, made in Moscow circa 1896-1908 by Ivan Khlebnikov. 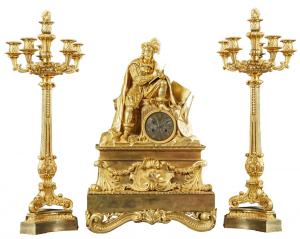 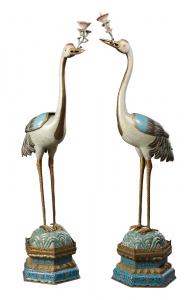 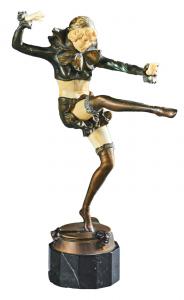 This auction marks Crescent City’s 10th year in business and will be held online and in the firm’s gallery located at 1330 St. Charles Avenue in New Orleans.

This auction marks Crescent City’s 10th year in business and will be held online as well as in the firm’s gallery located at 1330 St. Charles Avenue in New Orleans, starting at 10 am Central time both days. The sale will feature hand-selected fine art and antiques, to include property from Oak Alley Plantation; a Gulf Breeze, Florida estate; and the estate of Dr. Ball of Jackson, Mississippi.

The Louis XV-style French three-piece clock set is exceptional and comprises a clock and two candelabra. The set is expected to bring $7,000-$12,000. Also up for bid will be French and American period furniture, estate jewelry and watches, French clocks, lamps and lighting, sterling silver, and original paintings, many of them by New Orleans and other regional artists.

The 10th anniversary auction features a merchandise mix that will include a massive and scarce pair of 20th century Chinese cloisonné cranes, 96 inches tall (est. $10,000-$20,000); Newcomb Pottery cases by Henrietta Bailey and Sadie Irvine; and two shotguns, one an 1895 Winchester lever action model 95 and the other a William Powell percussion cap 20 bore shotgun, 1815-1845.

Additional New Orleans and regional artists in the sale include such notables as Alexander J. Drysdale, Rhoda Brady Stokes, H. Alvin Sharpe, Colette Pope Heldner, Knute Heldner and others. In addition to the Clementine Hunter painting already described, there are other works by the artist in the auction: including a post-1980 oil on canvas titled Traveling by Mule (est. $3,000-$5,000).

American furniture will be led by a Southern Louisiana Creole carved walnut armoire from the 18th century (and later), pulled from a local Faubourg Marigny estate and believed to be one of the original homes built by Bernard Xavier Philippe de Marigny de Mandeville in the early 19th century (est. $5,000-$8,000); and a highly carved oak Jacobean sideboard, crafted circa 1890 and attributed to R.J. Horner (N.Y.), 85 inches in height by 77 inches in width (est. $1,800-$2,500).

For those unable to attend in person, online bidding will be provided by LiveAuctioneers.com, Invaluable.com and Bidsquare.com. Previews will be held Thursday, Sept. 13th, thru Friday, Sept. 21st (except on Sunday, when the gallery is closed), from 10-5 (Central). A late evening preview will be held on Wednesday, Sept. 19th, until 7 pm. Absentee and phone bids will be taken until Sept. 21st at 1 pm.

A printed catalog is available on request. Crescent City Auction Gallery is always seeking quality consignments for future auctions. To consign a single item, an estate or a collection, you may call them at (504) 529-5057; or, you can send an e-mail inquiry to info@crescentcityauctiongallery.com.