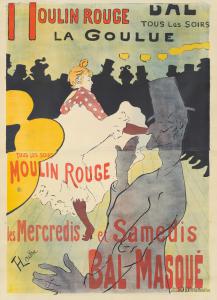 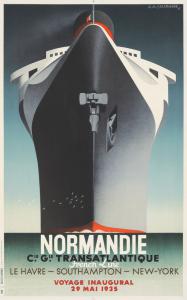 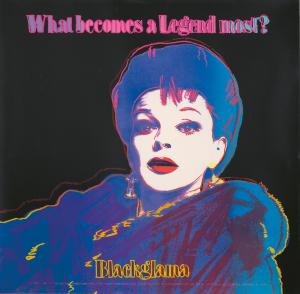 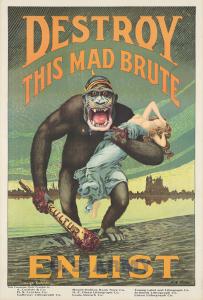 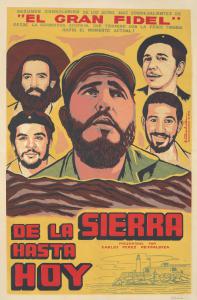 The collection, part of Rare Poster Auction #76, includes World Wars I and II, the inter-war period, the beginnings of the Cold War and the Cuban Revolution.

The issues we’re dealing with today are little different from a century ago – conflicts over gender roles, economic inequality, rapid political change, ethnic violence and anti-Semitism among them.”
— Jack Rennert

NEW YORK CITY, N.Y., UNITED STATES, September 26, 2018 /EINPresswire.com/ — NEW YORK CITY, N.Y. –– A collection of over 50 rare, original propaganda posters will be auctioned on Sunday, October 28th, by Poster Auctions International, Inc. (PAI), as part of the firm’s Rare Poster Auction #76. The collection includes World Wars I and II, the inter-war period, the beginnings of the Cold War, the Cuban Revolution and more.

The sale overall will feature 475 lots, to include lithographs, maquettes, oil paintings and illustrations, plus rare books, with item estimates ranging from $500 to $350,000 – a wide range catering to all level of collector, from the beginner to the seasoned veteran.

The sale will be held online, at posterauctions.com, and in the gallery, at 11 am Eastern.
The PAI gallery is located at 26 West 17th Street in New York City, in lower Manhattan.

Artists in the catalog will be instantly recognizable to anyone familiar with the genre – iconic giants such as Henri de Toulouse-Lautrec, A. M. Cassandre, Alphonse Mucha, Keith Haring, Andy Warhol, H. R. Hopps, James Montgomery Flagg, Howard Chandler Christy, Jules Cheret, Leonetto Cappiello, El Lissitzky, Theophile Steinlen and Yokoo. Most of the posters and maquettes will be from the Belle Epoque and Art Deco periods.

“The propaganda poster collection is of great importance,” said Jack Rennert, president of Poster Auctions International, Inc. “The issues we’re dealing with today, as a society, are little different from those of a century ago – conflicts over gender roles, economic inequality, rapid political change, ethnic violence and anti-Semitism among them.”

Mr. Rennert added, “They are all inflamed by ‘fake news,’ incendiary memes, troll hordes and bots – the direct legacy of propaganda messaging pioneered a century ago. The public appreciates history, such as it does, in terms of battles, elections, social movements, and world leaders. The historical role of media is less of a consideration.”

In part, he said, that’s because it’s transitory, of the moment, meant primarily for impact in the instant of eyeballing. “That constitutes a fundamental gap in our cultural memory, and in the historical record,” he said. “It’s why original poster art is so important and why this collection is of the utmost interest, not just to “affichomaniacs,” as poster enthusiasts are called, but also to anyone working at the intersection of media, culture and society.”

The propaganda collection includes multiple famous works by James Montgomery Flagg (e.g. I Want You for U.S. Army) and Howard Chandler Christy (e.g. Gee! I Wish I Were a Man), the two most prominent American posterists of the First World War. The entire collection, though, delves far beyond that. When browsing the catalog, bidders will see:

• the dialogue between the competing socialist parties of post-WWI Europe;
• the sparking and inflaming of anti-Semitic sentiment during the inter-war period;
• the various modes of American propaganda;
• post-WWI humanitarian outreach;
• propaganda in Vichy France; and
• exceptionally rare work by Fidel Castro’s chief propaganda artist.

From A. M. Cassandre will come four separate prints of his world-famous Art Deco triumph, Normandie – all from the opulent oceanliner’s inaugural cruise year of 1935, with slightly different text variants. It’s the first time all four 1935 lithographs have been offered simultaneously (est. $10,000-$18,000).

Twenty-three posters, rare books and unique items from the Russian Avant-Garde – including Lissitzky’s Beat the Whites with the Red Wedge (est. $3,500-$4,000) and Victory Over the Sun: Anxious People (est. $17,000-$20,000) – will conveniently coincide with a major exhibition on the period now at New York’s Jewish Museum.

Also in the auction are rare and important propaganda posters from World War I to the Cuban Revolution, to include multiple lithographs by Flagg, Christy, Biró, and Rivadulla (Destroy this Mad Brute, Des Libérateurs, aka The Red Poster, and others); and a rarely seen 1925 maquette for singer-dancer Josephine Baker, by Colin (est. $10,000-$12,000).

Jack Rennert, president of Rennert’s Gallery / PAI, is the world’s foremost authority on rare original poster art and is the author of over a dozen books on the subject, including the catalogue raisonée for the ‘father’ of modern French poster art, Leonetto Cappiello.