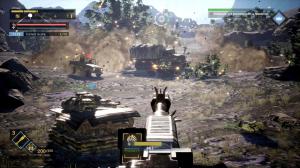 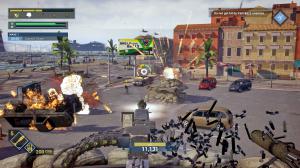 SAN FRANCISCO, CA, UNITED STATES, September 27, 2018 /EINPresswire.com/ — Video game publisher and developer Mastiff today announced Heavy Fire: Red Shadow, the next action-packed installment in the Heavy Fire series, will be released on October 16. Heavy Fire: Red Shadow will be available on the Xbox One family of devices including the Xbox One X, the PlayStation®4 computer entertainment system from Sony, PlayStation®VR for PS4™, and Steam® for Windows PC.

A PS4™ physical edition of Heavy Fire: Red Shadow, which includes the base game and PS VR mode, will be available exclusively at Walmart stores across North America on October 16.

Mastiff is also excited to announce that a demo for Heavy Fire: Red Shadow will be available for download on PS4™ and Xbox One in the coming days. Players who download the PS4™ demo and pre-order the game will receive a special bonus – a PS4™ system theme and the PS VR version of the game for FREE! A savings of 30%!

About Heavy Fire: Red Shadow
Set in the not-so-distant future, tension between a bold North Korea and the United States have gone beyond their breaking point.

In Heavy Fire: Red Shadow players lace themselves up in the tattered combat boots of Sgt. Will, who narrowly survived a North Korean missile attack on Guam designed to knock out its defenses, and now finds himself almost single-handedly trying to repulse a large-scale North Korean raid.

Step onto the unforgiving battlefield, establish a beachhead, and holdfast behind a turret-mounted machine gun. A brutal and unceasing onslaught of enemy forces will attempt to flank and eliminate Sgt. Will from every angle as he and a few surviving comrades rain hell upon anything that crosses their sights.

• 360° White-knuckle Action! Use a devastatingly powerful turret-mounted machine gun and rocket launcher combo to mow down enemies in 360° across eight stages in Campaign Mode, or fight non-stop in Endless Mode.
• Call in Support! Call in supply drops and support from elite infantry troops, fighter aircraft, attack helicopters, and more.
• Get Promoted and Powered Up! With more than 30 unlockable Field Promotions, players earn power-ups to upgrade and customize their machine gun, rocket launcher, health, and support skills.
• The Right Tools for the Job! Experience a new level of exciting gameplay with Mixer support on Xbox One, the style and function of RAZER CHROMA support on PC, and the immersion of PS VR support on PS4™ (included for free in the physical edition of Heavy Fire: Red Shadow, available exclusively at Walmart, or with pre-order on PS4™).

About Mastiff
Mastiff is a publisher of fun, easy-to-pick-up-and-play games on all platforms including those from Sony Interactive Entertainment, Microsoft, Nintendo, PC, and online gaming. Founded in 2002, having recently celebrated their 15th Anniversary, Mastiff is proud to have released games in virtually every genre including action, adventure, casual, FPS, RPG, and music. www.mastiff-games.com

Heavy Fire: Red Shadow ©2018 Mastiff. All rights reserved. All other trademarks are the property of their respective owners.

If you would like to request more information or a review key for Heavy Fire: Red Shadow, please fill out the following form: https://goo.gl/forms/DkIKLb0h48dXUuQC3.