The new offerings launch October 6, but until then customers can access the beta products at the lower price-points.

SAN FRANCISCO, CALIFORNIA, UNITED STATES, October 2, 2018 /EINPresswire.com/ — [ENCLOSED] is launching a new line of lingerie gift offerings for couples designed with the romantic gift-giver in mind. Going beyond the monthly delivery of knickers, this new service rolling out on October 6, 2018 allows a person to surprise his or her love with a different lingerie piece every month. For instance, she might get a dusty pink lace teddy one month, then a black silk robe the next.

THE ONLY GIFT SERVICE SPECIFICALLY DESIGNED FOR THE GIFT GIVER
While there are dozens of companies that deliver panties monthly, [ENCLOSED] was and is the only lingerie gift service designed specifically for the person searching for a romantic, luxury gift for his/her love. [ENCLOSED] is committed to innovating the subscription industry’s business model by hand selecting each piece for the recipient rather than relying on a impersonal algorithm.

CUSTOMER DEMAND & FEEDBACK INSPIRES NEW LINGERIE OFFERINGS
For two years now, [ENCLOSED] has been tapping it’s tens of thousands of customers, collecting feedback and product testing. The largely straight male customer base has been asking “the knicker ladies” for gift options that expand beyond the luxury panty range. Listening to that feedback, [ENCLOSED] will be offering multi-month lingerie subscriptions in addition to its pre-existing knicker subscriptions. As [ENCLOSED] gifts are ultimately about love, the new offerings are called the “Lingerie Love”, with products that include a variety of assorted bodywear ranging from bralette sets, nighties, teddies, rompers, robes, sleepwear, to ultra-sexy clandestine lingerie.

TAPPING AN UNDER-SERVED MARKET
[ENCLOSED] is not only responding to their customers, but filling a niche in the current lingerie market. Lingerie subscriptions will be priced from $130 to $1,300, reflecting the highest quality of concierge service and luxury designer lingerie. These prices enable [ENCLOSED] to capture the under-serviced upper-end market just below Agent Provocateur, yet considerably above the usual boutique or department store offerings.

NEW OFFERINGS: BETA & FUTURE PRICING
The new offerings launch October 6, but until then customers can access the beta products at the lower price-points. Refer to the graphic for more information about our future pricing.

DEEPENING OPPORTUNITIES FOR LOVE & CONNECTION
“Since launching [ENCLOSED] in 2014, we have remained committed to our mission of inspiring love and connection through monthly couple’s gifts” says owner and founder Antonia Townsend. “We don’t just sell lingerie. Our mission is based on celebrating human connection and inspiring intimacy on a deeper level. Our service enables the gift-giver to demonstrate his adoration for the woman he loves, showing her just how beautiful she is in his eyes. It’s deeply moving to see the impact that the simple gesture of giving the dark purple [ENCLOSED] box can have” says Townsend.

ABOUT [ENCLOSED]
At [ENCLOSED] we are on a mission to help the gift-giver demonstrate his or her adoration for the woman they love. Serving 17,000+ customers in 19+ countries, [ENCLOSED] sends out thousands of lingerie gifts every month from its San Francisco headquarters. Sourcing lingerie from the finest designers world-wide, we help gift-givers express their love and desire with a truly romantic, memorable gift experience like no other.
https://theenclosed.com/ 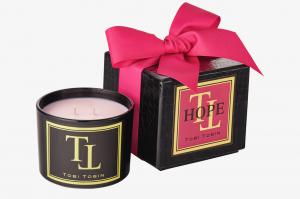 LOS ANGELES, CALIFORNIA, USA, October 2, 2018 /EINPresswire.com/ — Tobi Tobin, design and lifestyle visionary, announced today the release of a new, limited-edition candle benefiting the Susan G. Komen Foundation. Tobi Tobin aims to “Shine a Light on Hope” for everyone touched by breast cancer during Breast Cancer Awareness Month and beyond. The candle was inspired by the courage and endless optimism of those facing the disease, while raising critical funds to support Susan G. Komen’s efforts to save lives.

The beautiful fragrance is sure to inspire everyone who supports this cause to “Shine a Light on Hope.” French Cassis opens this fresh and crisp fragrance, while Rose Petals, Osmanthus Blossom, Water Lily and Jasmine are well blended with Tiger Baby Melon, Grape Vine and Mediterranean Lavender. Additionally, the dry down is balanced with Vanilla & White Musk. The 9 oz. “HOPE” candle will be sold for $78 beginning October 1st at Tobitobin.com, in the United States at Bloomingdale’s nationwide, in Canada at Hudson’s Bay and in Tobi Tobin’s flagship store in Los Angeles. From October 1st, 2018 through September 30, 2019, Tobi Tobin will donate 100% of the net profits ($10 per candle sold) to Susan G. Komen, up to $25,000.

Tobi Tobin also produced an inspirational video to help promote awareness for the campaign and Susan G. Komen. The video, which features several real life survivors, highlights each woman’s individual and triumphant story of strength and courage upon being diagnosed with breast cancer.

About Tobi Tobin
Michigan born, Tobi Tobin is a Los Angeles based Lifestyle Expert, whose work has graced the cover of Architectural Digest and earned her the AIA award. Designing environments for some of the most powerful and influential people in Hollywood as well as abroad. Tobi Tobin injects fifteen years of experience into the public eye by launching her Tobi Tobin Luxury Collection that consists of candles, chocolates and fragrances.

“We’re thrilled Tobi Tobin has created the “HOPE” candle. For those facing breast cancer, sometimes just getting through the day can be a struggle,” said Paula Schneider, CEO, Susan G. Komen. “In addition to providing comfort to all those who light the candle, funds raised from this partnership will be used to support our efforts to give hope to those women and men who are facing the fight of their lives.”

About Susan G. Komen®
Susan G. Komen is the world’s largest breast cancer organization, funding more breast cancer research than any other nonprofit outside of the federal government while providing real-time help to those facing the disease. Komen has set a Bold Goal to reduce the current number of breast cancer deaths by 50 percent in the U.S. by 2026. Since its founding in 1982, Komen has funded more than $988 million in research and provided more than $2.2 billion in funding to screening, education, treatment and psychosocial support programs serving millions of people in 60 countries worldwide. Komen was founded by Nancy G. Brinker, who promised her sister, Susan G. Komen, that she would end the disease that claimed Suzy’s life. That promise has become Komen’s promise to all people facing breast cancer. Visit komen.org or call 1-877 GO KOMEN. Connect with us on social at ww5.komen.org/social. 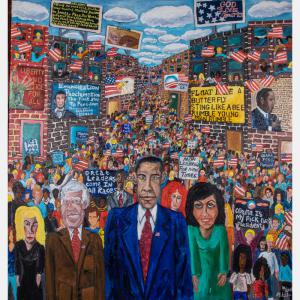 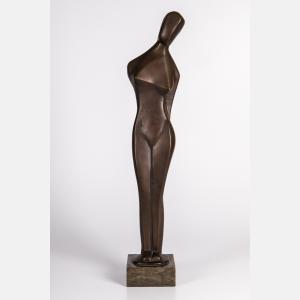 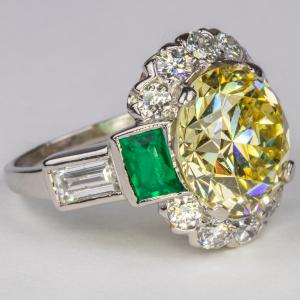 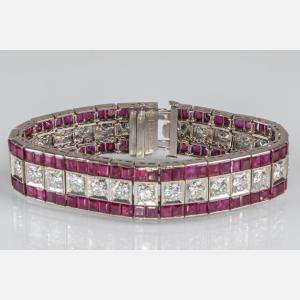 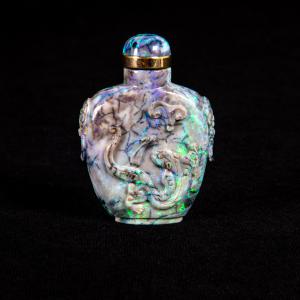 The collection will be a featured part of Gray’s Fine Art, Furniture, Jewelry & Decorative Art Auction online and in the firm’s gallery, at 11 am Eastern time.

One unfortunate legacy of our country’s struggles with its historic racism has been the neglect of black artists by critics and collectors until recent times.”
— Serena Harragin

For those unable to attend in person, online bidding will be available through GraysAuctioneers.com, and at LiveAuctioneers.com and Invaluable.com. Telephone and absentee bids will also be accepted. Gray’s will be open for in-person previews October 4th-10th, Monday-Friday, from 10-5; and Saturday, Oct. 6, from 12 noon-4pm. The fully illustrated color catalog is online now, at GraysAuctioneers.com.

“One unfortunate legacy of our country’s struggles with its historic racism has been the neglect of black artists by critics and collectors until recent times,” said Serena Harragin, CEO of Gray’s Auctioneers.

Lot 1 in the auction is Michelangelo Lovelace, Sr.’s painting Stand and be Counted. Born in 1960 in Cleveland’s brutal inner city, Lovelace was enamored with drawing from a young age and was able to escape the cycle of poverty through his art, which depicts the harsh circumstances of inner-city life in a unique folk-art inspired style that lends whimsy and innocence to his work’s often harsh subject matter.

Stand and Be Counted is a large acrylic on canvas depicting in intricate detail a crowd of hundreds led by then-candidate Barack Obama. It’s a delightful yet sobering reminder in our current political era, of the optimism and excitement that accompanied the election of the first African-American president.
Lovelace has gone on to earn many successes, including numerous exhibitions, awards and fellowships.

Up next are several works by the renowned artist and scholar David Clyde Driskell (b. 1931), professor emeritus at the University of Maryland and perhaps one of the people most responsible for bringing attention to African-American artwork in the late 20th century. The son of a Baptist minister and the grandson of a slave, Driskell’s work showed a sense of family, community and roots from an early age.

Four of Driskell’s works are up for auction, including Lot 3 Mythic Door; Lot 4 Magic Temple; Lot 5 Sweet Treat; and Lot 6 Untitled. He has published several books and essays and made a documentary film for the BBC in 1990 called Hidden Heritage: The Roots of Black American Painting. In 2000, Driskell was honored by Pres. Bill Clinton as one of 12 recipients of the National Humanities Medal.

Evangeline (EJ) Montgomery (b. 1933) is another seminal figure in the development of African-American art. Born in New York City, she initially came to prominence as a metalworker, known for her worked ancestral boxes she said were “meant to hold something precious.” After being afflicted with Parkinson’s disease late in her career, Montgomery gradually turned her attention to printmaking.

The nine pieces by Montgomery up for auction at Gray’s, all from this later period, include Lot 12 Caribbean Dream; Lot 13 Highland Flowers; Lot 14 Highland Pinecones; Lot 15 Celebration II; Lot 16 Soul Flowers; Lot 17 Butterflies 2; Lot 18 Celestial Moments; Lot 19 Serenity I; and a set of three monoprint etchings that comprise Lot 20, to include Leaf 2009, Wall Design 2009 and Woman 1968.

Shirley Woodson Reid (b. 1936) is still another influential artist, educator and scholar, based in Detroit. Reid’s paintings of African American life are a part of 22 collections housed by the Detroit Institute of Arts, the Studio Museum of Harlem, the Museum of the National Center for Afro American Artists (Boston), Detroit Edison, the Toledo Art Commission, Florida A&M University and Seagram’s Corp.

A series of four of Reid’s paintings entitled the Earth Angels Series is available for auction in Lot 7. With a deft use of contrast and texture, the series consists of four blindfolded portraits of various figures, each otherworldly, and resolute and yet suggesting vulnerability. Since the ‘70s, Reid has been one of Detroit’s most prominent art historians, serving on the boards of numerous arts associations.

Also up for bid is a series of three vibrant abstract works by Detroit artist Robbie Best (Lot 9 Untitled 2, Lot 10 Untitled 3, and Lot 11 Untitled 6); and a splendid watercolor portrait in Lot 8 titled Janis with Flowers by Illinois-based artist Mary Reed Daniel (b. 1946). In addition to these remarkable pieces by noted African-American artists, the auction will also contain nearly 200 additional pieces of fine art.

These will include auction include Lot 22, a bold and surreal Self-Portrait by Cleveland painter Scott Miller (1955-2008); Lot 21, a 1961 pencil sketch Woman Baby Boots by Inuit artist Sharni Pootougook (1922-2003); and Lot 178, an exquisite bronze Standing Female Nude by the German sculptor Marg Moll (1884-1977). Also sold will be contemporary fine art prints from the K-Mart corporate collection.

The auction also includes 76 lots of Asian artworks and decorative pieces, including a lovely Chinese carved black opal snuff bottle in Lot 248 that catches the light with a dazzling turquoise gradient; and Lot 249, a Chinese Export silver figure of Shouxing, god of human longevity and one of the Sanxing or Three Stars of Chinese folklore along with Fuxing, the god of prosperity, and Luxing, the god of status.

All of the above described jewelry items include GIA reports. In addition to these stunning pieces, there is a variety of beautiful necklaces, earrings, rings, pendants, pins, and brooches up for auction.

Gray’s Auctioneers & Appraisers is always accepting quality consignments for future auctions. To inquire about selling a single piece, an estate or a collection, you may call them at (216) 226-3300; or, you can send an e-mail to their appraisals department at appraisals@graysauctioneers.com.

To learn more about Gray’s Auctioneers & Appraisers and the live and internet auction planned for Wednesday, October 10th, at 11 am, visit www.graysauctioneers.com. Updates are posted often.