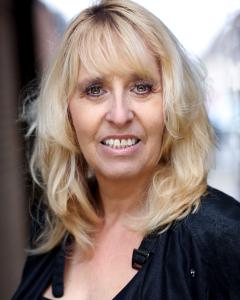 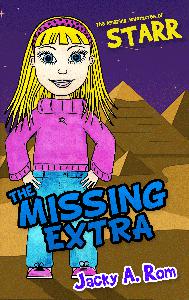 Jacky Rom is set to re-release her Amazing Adventures of Starr series. First in the series – THE MISSING EXTRA

Jacky Rom saw great success with her series of kids’ books based around Starr, Secret Super Sleuth, when she first released them in 2009. Now she is revitalizing the series, with all five books (including the never-before-seen final book in the series!) set for re-release over the next 12 months.

London, UK, 30th November 2018. Jacky Rom grew up in Romford, Essex where she trained as a Hairdresser and Makeup Artiste and tried to fulfill one of her very first dreams of becoming a Director. When she was sixteen, she was told by her Careers Advisor at school that she would never get into the London College of Fashion, let alone realise any of her ambitions. That was all the incentive she needed: now she had to prove them wrong. Jacky did get into the London College of Fashion, and she also became a Drama teacher. She wrote her first play when she was only 17 and has gone on to write and direct many plays over the years. She spent many years in TV and film studios with her own up and coming actors and it was in this environment that she came up with ‘Starr’ and started to write the eleven-year-old sleuth’s thrilling adventures!

Jacky now travels around the world, teaching creative writing and giving talks to all ages about the world of Entertainment and Writing.

The first in the series, “The Missing Extra” is available now!

Go to Cranthorpe Millner shop or visit Amazon or Waterstones to pre-order your copy!

Too many beautifully written books are rejected on a regular basis because the submitting author doesn’t have a strong enough author platform. The barriers for authors are getting higher and the publishing industry less discerning and more unscrupulous. It is important to Cranthorpe Millner that we can invite authors to publish with us based on the merit of the manuscript alone.