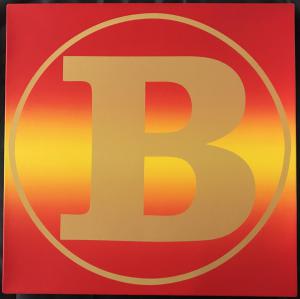 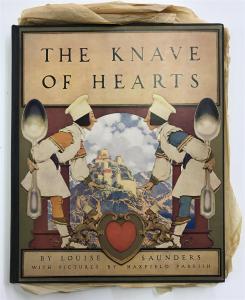 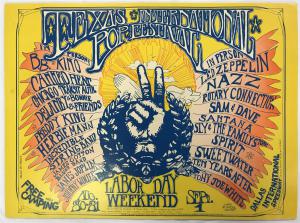 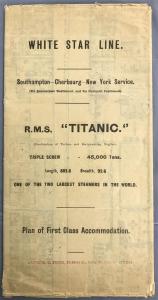 The auction will also feature a group of Philip and Kelvin Laverne pieces, to include a rare unusually shaped coffee table, and items pertaining to the Titanic.

The letter ‘B’ painting is fresh to the market and comes with impeccable provenance. The work was supposedly one of only three done by the artist, all in honor of people whose names begin with B.”
— Philip Weiss

LYNBROOK, NY, UNITED STATES, December 26, 2018 /EINPresswire.com/ — LYNBROOK, N.Y. – One of just three acrylic on canvas paintings of the letter ‘B’ by renowned Pop Artist Robert Indiana (American, 1928-2018), plus several lithographs signed by the artist, and a group of Philip and Kelvin Laverne pieces, to include a rare, unusually shaped coffee table, will be part of Weiss Auctions’ sale planned for Wednesday and Thursday, January 23rd and 24th.

The auction will be held in Weiss Auctions’ gallery located at 74 Merrick Road in Lynbrook, at 10 am both days, as well as online, via Proxibid.com and Invaluable.com. Phone and absentee bids will also be accepted. Hundreds of rare and important items will come up for bid over the course of the two days, but the Indiana and Laverne pieces are the sale’s undisputed headliners.

“The letter ‘B’ painting is one hundred percent fresh to the market and comes with impeccable provenance,” said Philip Weiss of Weiss Auctions. “The work was supposedly one of three done by the artist, all in honor of people whose names begin with B, to include himself (Bob). It was signed and inscribed to the consignor, a personal friend, on the reverse.” (est. $60,000-$90,000).

The auction will also feature other Robert Indiana signed pieces, to include an artist’s proof serigraph of his most famous work, LOVE (1968); a signed and numbered (IX/XXV) silkscreen titled Polygon #3 Triangle (1975); and a signed and numbered (VII/X) artist’s proof serigraph on Arches paper titled Brooklyn Bridge from New York (1983). All are in the January 24th session.

Robert Indiana (real name: Robert Clark) produced artworks that consisted of bold, simple and iconic images, especially numbers and short words like EAT, HUG and, of course, LOVE, which first appeared in a series of poems written in 1958 but was later created for a Christmas card for the Metropolitan Museum of Art in 1964 and later put on an 8-cent U.S. postage stamp in 1973.

The rare and unusually shaped Philip and Kelvin Laverne coffee table carries a pre-sale estimate of $20,000-$30,000. Other pieces from the collection include a large bronze and enamel plaque titled Venus Contemplating and a bronze and pewter plaque titled Women in Despair. Philip and Kelvin Laverne were a father-son design team whose creations are highly coveted by collectors.

Day 1 highlights will feature a deck plan of First Class accommodations from the doomed ocean liner Titanic (est. $5,000-$7,000); two important letters written about the Titanic and the death of the Hickman brothers, to be offered as one lot (est. $3,000-$5,000); a signed Grateful Dead 1988 Spring Tour poster (est. 8,000-$10,000); a signed Grateful Dead mirror (est. $4,000-$5,000); and an important archive of material pertaining to actor Joan Crawford, including a 1930s guest book signed and inscribed by many Hollywood stars, an annotated manuscript of her book and more.

Rare books will be led by a mint/near mint first edition copy of Knave of Hearts, illustrated by Maxfield Parrish (est. $1,000-$2,000). Additional Day 1 highlights will include an International Pop Festival poster (Texas, 1969), featuring Led Zeppelin; a 19670 Jimi Hendrix handbill; a rare 1932 Davos for Health and Support travel poster by Otto Baumberger; a Join the Red Cross poster by Anna Milo Upjohn; and a WWII-era American Airlines poster by Melbourne Brindle.

Day 2, on January 24th, will be an estate sale, featuring paintings, jewelry and more. In addition to the Robert Indiana and Philip and Kelvin Laverne lots, the session will also include a small group of carved Black Forest pieces, jewelry offered on behalf of the New York County Public Administrators office, and some high-end Nippon, including Moriage, Blown Outs and Coralene.

Day 2 artwork will feature a limited-edition lithograph signed by Marc Chagall, a lithograph signed by LeRoy Neiman titled Views of Napoleon, a bronze by Guillaume Coustou titled Cheval de Marly, an alabaster bust by Joaquim Angles, an oil on canvas landscape by Bob Ross, two oil on Masonite works by Symcho Moskowicz and an oil on canvas Paris Scene by Charles Cobelle.

Also offered will be an oil on canvas Paris Street Scene by Andre Gisson and three paintings (two oil on canvas, one pastel on paper) by Nahum Tschacbasov. Posters will feature a 1902 Clement Cycles & Automobiles poster by Rene Leverd, a 1960s TWA Philadelphia poster by Swanson, a 1950s TWA Germany travel poster by William Ward Beecher, and a 1937 Paris International Exposition poster by French artist Jean Carlu. Day 2 will also contain a collection of Bronze Buddha heads from the 16th-18th century, and a 34-inch diameter cloisonné charger.

Weiss Auctions is always accepting quality consignments for future auctions. To consign an item, estate or a collection, you may call them at (516) 594-0731; or, you can send an e-mail to Philip Weiss at Phil@WeissAuctions.com. For more information about Weiss Auctions and the big auction planned for January 23rd and 24th visit www.WeissAuctions.com. Updates are posted often.