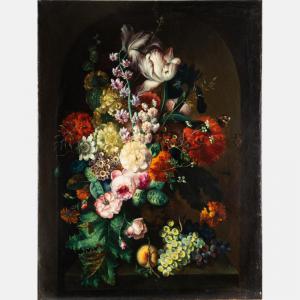 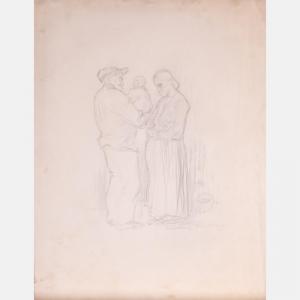 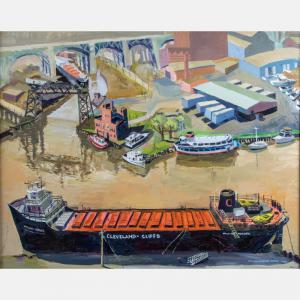 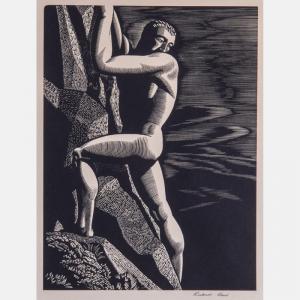 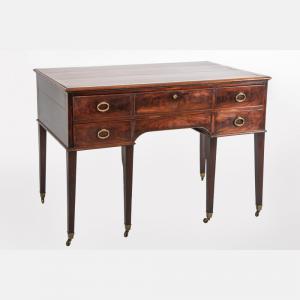 Gray’s Auctioneers will kick off 2019 with another extensive sale of fine art, decorative arts and furniture on Wednesday, Jan. 16, online and in the gallery.

While we've taken steps in the right direction in the last 300 years, this story of a talented young woman locked out of pursuing her passion by a vindictive older man has unfortunate echoes today.”
— Serena Harragin

CLEVELAND, OHIO, UNITED STATES, January 4, 2019 /EINPresswire.com/ — CLEVELAND, Ohio – Gray’s Auctioneers will kick off the New Year with another extensive sale of fine art, decorative arts and furniture on Wednesday, January 16th, online and in the firm’s gallery at 10717 Detroit Avenue in Cleveland, beginning at 11 am Eastern time. “We’ll be highlighting some terrific female artists who never received their just due while alive,” said Serena Harragin of Gray’s.

The full catalog is up now, at GraysAuctioneers.com. Bidding is also available on Liveauctioneers.com and Invaluable.com. Phone and absentee bids will also be accepted. In-person previews will be held Thursday thru Wednesday, January 10th-16th, from 10-5; and Saturday, January 12th, from noon-4 pm.

Lot 33 is a painting after Margaretha Haverman (c.1693-1739), the 18th century Danish still life artist about whom little is known. What scant details of her biography can be found tell the tragic story of a promising young artist whose career was cut short by the hostile sexism of her time. She was raised by a former Danish military captain turned schoolmaster and as a teenager studied under Jan van Huysum.

Van Huysum was a secretive Dutch still life specialist known as “the phoenix of all flower painters”. He refused to take pupils for fear of his technique being replicated, but Haverman’s father convinced Van Huysum to take her on as his sole student. Van Huysum relented under the impression that, as a woman, Margaretha would have no chance at a real career in the arts and thus provide no competition.

But Margaretha proved to be an excellent student and talented painter, and soon began selling her own work. She then became just the second woman ever to be accepted into the prestigious Académie Royale de Peinture et de Sculpture in Paris. Shocked and embarrassed, Van Huysum may have pulled some strings to have the young prodigy thrown out of the Académie, as not even one year after her enrollment, she was expelled on the grounds that her acceptance work had in fact been painted by him.

There was, of course, no evidence provided for this assertion, but it dissuaded Haverman from pursuing a career in the arts. Only two of her works have survived. One is housed in the Metropolitan Museum of Art and the other in the National Gallery of Denmark. “While we have taken many steps in the right direction in the last three hundred years, this story of a talented young woman locked out of pursuing her passion by a vindictive older man still has unfortunate echoes today,” remarked Serena Harragin.

Lots 73 and 74 are two drawings by the Prussian Expressionist Käthe Kollwitz (1867-1945). One of the foremost female artists of her era, Kollwitz was only considered an Expressionist due to the stylistic flourishes she adopted from the younger artists she admired later in life. She could also be described as a Social Realist due to her heartfelt and often gritty depictions of the struggles of working-class life.

Finding her true talent as a draughtswoman and etcher, Kollwitz’s beautiful prints and woodcuts are inseparable from her radical socialist politics. Her best-known works are The Weavers and The Peasant’s War – both depict scenes from two landmark revolts of the German working class. In 1920 Kollwitz was elected a member of the Prussian Academy of Arts, the first woman to receive this honor.

Kollwitz’s international reputation helped protect her from the Nazi party, though she and her husband were threatened by the Gestapo and her work was banned from exhibition in her home country. She passed away just 16 days before the end of the war, a guest of the Prince of Saxony after her Berlin home was bombed in 1943. Lot 73 is Bergrussung (Greeting); Lot 74 is Mother Leaning over a Crib.

Cleveland native Ivy Goldhamer Stone (1917-2006), though relatively unknown, was another woman of indisputable talent. Gray’s has fifteen of Stone’s artworks up for auction this month, some of which originate from a set of commissions for Sherwin Williams in 1989, when they asked her to paint a panoramic series of views of downtown Cleveland from the windows of their corporate headquarters.

One of her paintings, Lot 1, titled William Mather on the Cuyahoga River, depicts the famous bulk freighter sailing along Cleveland’s waterfront. This month’s auction also includes artworks Stone painted in Pittsburgh and Nova Scotia. All serve as an illustration of the smooth, rich, and vibrant technique in both oil and watercolor that Stone brought to her renderings of these urban waterfronts.

Lot 114 is a woodcut print titled The Mountain Climber by American printmaker, painter, and author Rockwell Kent (1882-1971). In a career that lasted nearly 70 years, Kent distinguished himself as a figure in the long tradition of American Naturalism. He continued the legacy of Emerson, Thoreau and Whitman with his grand, mystical landscape paintings (and renderings of Alaskan vistas in particular).

Through his work as a skilled landscape painter and organizer of shows for fellow independent artists, Kent became a major part of the vanguard of American modernism. He studied under some of the most significant theorists of his day, such as Robert Henri and William Merritt Chase. He is best known for his work as an artist, but was a prolific writer and activist as well, publishing a number of travel diaries.

Along with striking artworks, the auction also features a rich collection of jewelry, decorative art and furniture lots, including Lot 277, an 18th century Georgian mahogany desk by Gillows of Lancaster and London, the British furniture manufacturer established around 1730. For nearly two centuries, Gillows’ exquisite craftsmanship was greatly respected throughout England and all of the greater British Empire.

Gray’s Auctioneers & Appraisers is Northern Ohio’s leading licensed auctioneers and appraisers of fine art, jewelry, antiques, decorative arts, rare books, and antique rugs. A boutique auction house with three decades of experience in the art business, the experts at Gray’s now offer traditional real estate services. The specialists at Gray’s have worked with museums, educational institutions, corporations and private collectors to achieve the full value of their collections at auction. Gray’s auctioneers are licensed, insured and bonded in favor of the State of Ohio. To learn more, visit www.graysauctioneers.com

To learn more about Gray’s Auctioneers & Appraisers and the live and internet auction planned for Wednesday, January 16th, at 11 am EST, visit www.graysauctioneers.com. Updates are posted often.