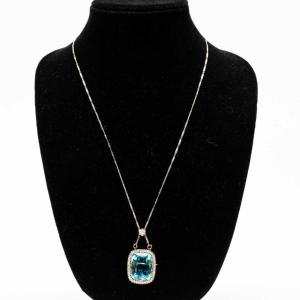 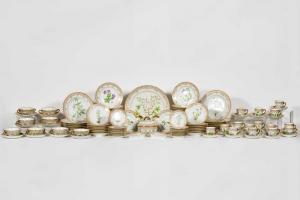 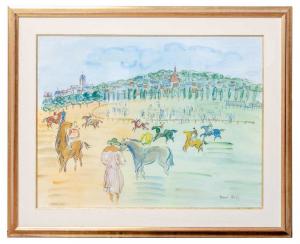 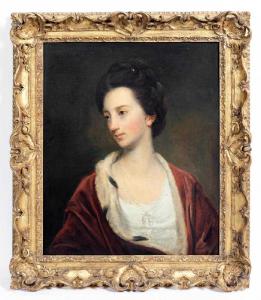 ATLANTA, GA, UNITED STATES, January 7, 2019 /EINPresswire.com/ — A 93-piece Royal Copenhagen porcelain dinner service for twelve in the Flora Danica pattern, two figural watercolor paintings by the renowned French painter Raoul Dufy (1877-1953), and a 38-carat aquamarine necklace from the collection of the late Lily Langtree are a few expected top lots in Ahlers & Ogletree’s New Year’s Signature Estates Auction slated for the weekend of January 12th and 13th, online and in the Atlanta gallery at 700 Miami Circle.

Start times will be 10 am Eastern both days. The Royal Copenhagen 93-piece porcelain dinner service for twelve in the Flora Danica pattern carries the catalog’s highest pre-sale estimate, at $50,000-$70,000. Each piece is marked to the underside with the maker’s mark and each piece has the hand-painted Latin name of the plant species that’s depicted.

The untitled (Chevaux a Deauville) figural landscape by Raoul Dufy depicts onlookers at a horse race below a hillside town. The painting was rendered in watercolor and gouache on paper and is signed lower right. It’s nicely housed in a 26 inch by 32 inch frame and is expected to bring $20,000-$40,000. Dufy was a Fauvist painter and brother of Jean Dufy.

The 14kt white gold handmade aquamarine and diamond pendant and chain set features a 38.27-carat medium-blue aquamarine surrounded by 53 one-carat tw diamonds on a 24-inch chain. An accompanying document describes the necklace as being “from the collection of the late Lily Langtree” (1853-1929, the British-American socialite-actress-producer), and it was “displayed at the Paris Exhibition of 1925” (est. $25,000-$35,000).

Wonderful original oil on canvas paintings by listed French artists will be plentiful and will include the following works:

Previews will be held Monday through Friday, January 7th-11th, from 10-5 daily. A preview party will be held on Thursday, January 10th, from 6-9 pm. Light refreshments will be served. Doors will open both auction days, Saturday and Sunday, January 12th and 13th, promptly at 9 am EDT.