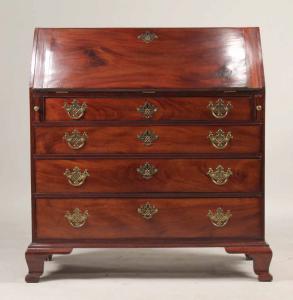 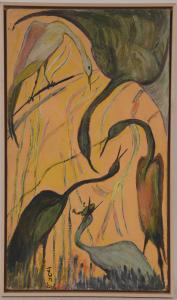 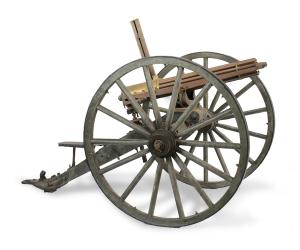 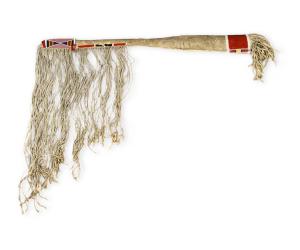 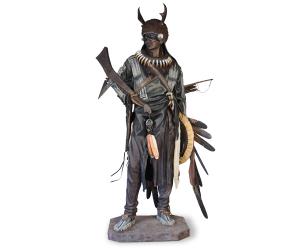 The catalog will be posted to the Nye & Company website (www.nyeandcompany.com) starting January 10th. The auction will be held online and in Bloomfield, N.J.

This auction is sure to delight all collectors, dealers and institutions alike. The depth and breadth of the merchandise provides opportunities for bidders at a wide range of price points. ”
— John Nye

BLOOMFIELD, NJ, UNITED STATES, January 7, 2019 /EINPresswire.com/ — BLOOMFIELD, N.J. – A major auction focusing primarily on Americana and timed to coincide with Americana Week in New York is planned for Wednesday, January 23rd by Nye & Company Auctioneers, online and in the firm’s gallery at 20 Beach Street in Bloomfield, starting at 10 am Eastern time. Internet bidding will be provided by LiveAuctioneers.com and Invaluable.com.

The sale is officially titled a Collectors’ Passion Auction. “This auction is sure to delight all collectors, dealers and institutions alike,” said John Nye, the president of Nye & Company Auctioneers. “The depth and breadth of the merchandise provides opportunities for bidders at a wide range of price points. We invite everyone to come to the public exhibition and auction.”

The catalog will also be posted to the Nye & Company website (www.nyeandcompany.com) starting January 10th. “We encourage enthusiasts to cross the river, bridges and tunnels while in New York for Americana Week to come see our diverse sale,” said Andrew Holter of Nye & Company Auctioneers. “It will be led by the private collection of Dr. Andrew and Ziva Dahl.”

Dr. Dahl, an Ivy League-trained ophthalmologist, and his wife Ziva, are avid travelers and collectors of antiques. Over a period of decades they have compiled a diverse group of objects acquired from top dealers, as well as numerous auction houses. These items exemplify various geographic regions, forms and periods. Their fine collection is certain to spark spirited bidding.

Highlights will include New England case furniture, such as a Chippendale mahogany slant-front desk attributed to John Townsend (Newport, R.I., circa 1780-1790); a Chippendale cherrywood dressing table (Colchester, Conn., circa 1760-1775); a Chippendale inlaid cherrywood chest of drawers (circa 1705); and a Federal McIntire-School recamier couch (Salem, Mass., circa 1800).

The auction will also feature a nice selection of folk art from various prominent collectors, such as a late 19th or early 20th century miniature folk art chest of drawers, signed Hanson B. Young (Pa.), an early table-top cigar store figure and a selection of chalkware and portraits. Property deaccessioned from the NAMITS Collection will include a strong selection of Self-Taught and Outsider art by artists such as Purvis Young, Harriet Wiseman, Sybil Gibson, Justin McCarthy and Jon Serl (whose 1966 oil on board is titled Stilts).

The sale also features property from the Tuscaloosa, Alabama-based Westervelt Company. Many of the items were collected by former company head Jack Warner and include an oil on canvas painting by Edward Lamson Henry (American, 1841-1919), titled Figures on Path, signed lower left; and a watercolor work by Maurice Prendergast (American, 1858-1924), titled Central Park.

Additional artworks from the Westervelt Company will include American paintings and sculptures by artists such as Charles Carl Wimar, George Luks, Charles Schreyvogel and Leonard Baskin. Also being sold is a Model 1875 Gatling Gun and a larger-than-life cast bronze sculpture of a Native American titled Walks with Iron by Dave McGary (American, 1958-2013).

Speaking of Native American material, descendants of Major General Charles F. Roe – who was the commanding officer of the 2nd Cavalry, whose account of the Battle of Little Big Horn is widely regarded as the first and most accurate of the iconic encounter – are selling important treasures handed down in the family for generations. Some of the more important ones include:

One lot worthy of special mention is a monumental, Gorham sterling silver presentation trophy, retailed by Theodore Starr and dated 1898. The trophy, mounted on a mahogany silver mounted matching base with three decorative panels, was presented to Major General Charles Francis Roe, from his Squadron A (Nation Guard, N.Y.) in 1898. Included is an inscribed, fitted box.

Typical of classic Americana collections, this sale will also feature a nice selection of Chinese Export and Asian ceramics. People can bid in person, by phone, in absentia and online. An online preview is underway, starting Jan. 10, at www.nyeandcompany.com. In-person previews will be held Monday thru Friday, Jan. 14-18 from 10-4 (but not Saturday, Jan. 19); Sunday, Jan. 20, from 12 noon to 4 pm; and Monday and Tuesday, Jan. 21-22, from 10-4. All times Eastern.

John Nye had a long and fruitful career at Sotheby’s before he and his wife, Kathleen, acquired Dawson’s in 2003 and started Dawson & Nye. With the move to Bloomfield seven years later, they renamed the business to Nye & Company (Auctioneers, Appraisers, Antiques). The firm is nationwide, but the vast bulk of the business comes from trusts and estates in the tri-state area.
For more information about Nye & Company Auctioneers and the Collectors Passion Auction slated for Wednesday, January 23rd, visit www.nyeandcompany.com. The full color catalog can be viewed at www.nyeandcompany.com, www.LiveAuctioneers.com and www.Invaluable.com.