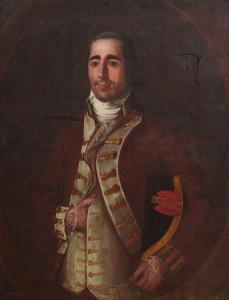 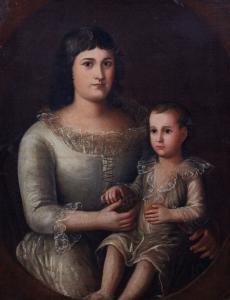 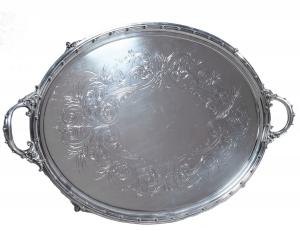 The two portraits by Salazar (1750-1802) will headline a major two-day auction by Crescent City Auction Gallery, online and at the gallery in New Orleans, La.

José Francisco Xavier de Salazar y Mendoza was a Yucatan-born painter who came to Louisiana in 1784 and spent 18 years creating portraits in New Orleans during the Spanish administration (1762-1802). He’s now recognized as North America’s only known 18th century Spanish colonial portraitist. Fewer than 50 portraits are documented and most remain in New Orleans collections and museums.

Salazar’s beautifully executed likenesses of New Orleans leading military figures, merchants and their families are highly prized by collectors. He was the recent subject of an exhibition at the Ogden Museum of Southern Art, titled Salazar: Portraits of Influence in Spanish Louisiana (March 8-Sept. 2, 2018). Bidding on the two portraits in the auction is expected to be spirited.

The rest of the auction is jam-packed with the broad mix of merchandise people have come to expect from a Crescent City auction: fine period French furniture and antique French clocks, original artworks by New Orleans and other regional artists, silver, estate jewelry (to include wristwatches by Piaget, Tag Heuer, Omega, Breitling and Bulova) and decorative accessories.

Fine French clocks will feature a 19th century three-piece gilt bronze Sevres mounted clock set, together with a pair of matching urn garnitures with Sevres-like mounts (est. $1,000-$2,000); and a 19th century Napoleon III gilt bronze and alabaster clock, depicting Diana, Goddess of the Hunt, and presented in a blown glass dome on an ebonized base (est. $800-$1,200).

Original artworks by artists from New Orleans and Louisiana will be plentiful, to include these:

Internet bidding will be provided by LiveAuctioneers.com and Invaluable.com. Telephone and absentee bids will also be accepted. Lots 1-650 will be sold on Saturday, Jan. 19, starting at 9 am; lots 651-950 will come up for bid Sunday, Jan. 20, starting at 10 am; all times are Central.