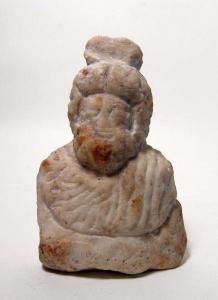 Roman marble bust of the popular deity Serapis from the 1st-3rd Century AD, robed with a heavy beard, a modius atop his head, standing a little more than 6 inches tall (est. $1,500-$2,500). 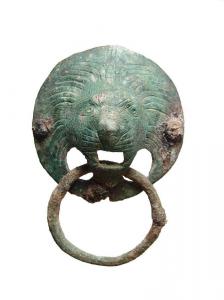 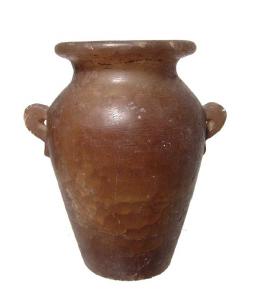 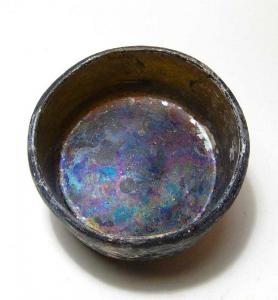 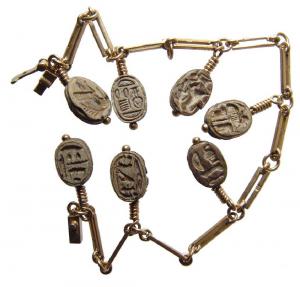 Fantastic 21kt yellow gold scarab bracelet, handsomely constructed with seven Egyptian steatite scarabs of similar size and shape, all but one from the New Kingdom (est. $600-$900).

A Roman marble bust of the deity Serapis from the 1st-3rd Century AD, and a Roman bronze lion mask door knocker from the same period are expected highlights.

We are a small operation with a passion and dedication for ancient history. My partners and I have many decades of combined experience working with these fine items.”
— Gabriel Vandervort

MONTROSE, CALIF., UNITED STATES, March 28, 2019 /EINPresswire.com/ — A Roman marble bust of the deity Serapis from the 1st-3rd Century AD, and a lovely Roman bronze lion mask door knocker from the same period are just two expected highlights in an online-only Antiquities Discovery Sale planned for Saturday, April 6th at 9 am Pacific time by Ancient Resource Auctions, based in Montrose. Over 350 lots will be offered.

The sale will feature a fantastic selection of authentic, museum-quality items from various Roman, Greek, Egyptian, Near Eastern and Pre-Columbian cultures, plus other ethnographic and antique items at price points certain to please. Interested parties are encouraged to call with any questions they may have in advance of the auction, at 818-425-9633.

All lots may be viewed and bid on now, via Ancient Resource Auctions’ dedicated bidding platform, bid.AncientResourceAuctions.com, and on its bidding apps for both Android and Apple devices. Bidding will also be available on LiveAuctioneers.com and Invaluable.com.

The Roman marble bust of Serapis depicts the deity robed with a heavy beard, a modius atop his head. His features are carved with narrow eyes, a wide flat nose and purses lips. The bust stands a little more than 6 inches tall. It’s an interesting piece that carries an estimate of $1,500-$2,500.

The Roman bronze lion mask door knocker is nicely detailed and patinated. It’s an attractive example of a decorative door device that persists to this day. They’re enormously popular in the UK, where the Prime Minister maintains one. The one in the sale should bring $1,000-$1,500.

Another lot to watch is the handsome Egyptian alabaster jar (Ptolemaic, circa 2nd-1st Century BC). Well-carved in semi-translucent stone, the 6-inch-tall jar features a body tapered to a flattened foot, short wide-rim neck and two vertical lug handles. It’s estimated at $1,200-$2,000.

A Byzantine (or early Fatimid period) yellow-green glass bowl, circa 9th-10th century AD, 4 inches in diameter and of solid construction, with the glass translucent with beautiful color and the interior having a lovely, multi-colored iridescence, should realize $700-$1,000; while a Roman pale yellow glass bottle, Eastern Mediterranean and dating to the 4th-5th Century AD, an attractive type with an ovoid body on a flared foot, carries a pre-sale estimate of $450-$600.

A fantastic 21kt yellow gold scarab bracelet, handsomely constructed with seven Egyptian steatite scarabs of similar size and shape, all but one from the New Kingdom (1570-1075 BC), including a sphinx, a crocodile and a lion, should make $600-$900. Also, a nice Near Eastern bronze dagger (circa 1200-800 BC), with the handle and blade cast as one piece, about 13 ½ inches in length and a well-preserved example, is expected to change hands for $600-$800.

A late Hellenistic terracotta figure of a robed woman, circa 1st Century BC, 9 inches tall, with the subject depicted with one knee raised up and wearing an attractive and interesting headdress, is estimated to fetch $450-$800. Also, an Egyptian bronze mummiform figure of Osiris, Egyptian Lord of the Underworld, dating to the Late Period (circa 664-332 BC), depicted wearing an Atef crown with uraeus and false beard, its arms folded at the chest, carries an estimate of $400-$700.

A thin-walled and attractive Maya lidded cache tripod vessel from Guatemala (circa 400-600 AD) displays early Xolalpan and Teotihuacan stylistic influences. It’s 8 ¼ inches tall, intact, with a 6 inch diameter lid and good mineral deposits overall (est. $600-$900). Also up for bid is a Greek guttus (vessel with narrow mouth or neck) with a central face (Magnia Graecia, circa 4th Century BC), the medallion at the center depicting a female face in red glaze (est. $400-$700).

A Levantine limestone head of a man – possibly a Pharaoh, with Egyptian features and dating to the 1st Millennium BC – with almond-shaped eyes and an angular nose, just shy of 3 inches tall and mounted on an old black rectangular base, should go for $400-$600; while a large Chinesco solid standing figure, made in Mexico circa 100 BC-250 AD, 9 ¼ inches tall, unusual and shown wearing a large elaborate feathered headdress and white slipped pants should also hit $400-$600.

In addition to live and internet bidding, phone and absentee bids will be accepted. When bidding this way, a 19.5 percent buyer’s premium will apply, versus a 24.5 percent when bidding online via LiveAuctioneers and Invaluable, and 20 percent via the Ancient Resource Auctions bidding platform and app. Previews are by appointment. To schedule an appointment, call 818-425-9633.

Ancient Resource Auctions is one of the few specialized auction houses that makes genuine ancient artifacts available to its worldwide client base at reasonable prices. “We are a small operation with a passion and dedication for ancient history,” said owner Gabriel Vandervort. “My partners and I have many decades of combined experience working with these fine items.”

Ancient Resource Auctions is always seeking quality coins and antiquities for future auctions. To inquire about consigning one piece or an entire collection, you may call 818-425-9633 or send an e-mail to ancientresourceauctions@yahoo.com. All inquiries are held in the strictest confidence.

To learn more about Ancient Resource Auctions and the Saturday, April 6 Antiquities Discovery Sale, visit www.AncientResourceAuctions.com. Updates are posted often. All lots can be viewed by appointment only; please call 818-425-9633 or e-mail ancientresourceauctions@yahoo.com.