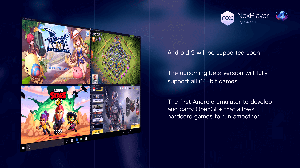 NoxPlayer, the perfect Android emulator for PC and MAC

At the 4th anniversary of NoxPlayer, a new version is going to release soon. Android 9 Pie and 64-bit games and apps are supported.

BEIJING, HAIDIAN, CHINA , August 7, 2019 /EINPresswire.com/ — August 12th 2015, the world first met NoxPlayer. It was the blowout time of Android emulators and NoxPlayer was one of them. Truth to be told, in the last four years, every single day was a battle. We were challenged and doubted. We have made it through adversities and setbacks, but we were never defeated. All because we always bear one central tenet in mind for NoxPlayer—Less is more.

NoxPlayer provides the widest range of compatibility to run 99.3% of all 2.7 million mobile games and trending applications. By March 2018, NoxPlayer users officially exceeded 150 million. Furthermore, in July 2019, we have officially become a Facebook China Export Partner. NoxPlayer and Facebook will develop a deeper and more extensive partnership in the future.

As a technology-based product, NoxPlayer alway stays at the forefront of technical innovation. In April 2019, NoxPlayer became the first Android Emulator that carries OpenGL Plus—An advanced graphic rendering mode that allows hardcore games to run smoother. In the second half of 2019, NoxPlayer will release a beta version to fully support all 64-bit games. Apart from that, NoxPlayer will also allow users to run Android 9 on PC anytime soon. You can switch to different Android versions with one simple click.

NoxPlayer will attend the 2019 Tokyo Game Show (TGS) from 12th to 15th September. We would like to invite all gamers to come visit us!

Moreover, on our 4th Anniversary, NoxPlayer will host a huge giveaway from August 10th to 13th on a global scale. Stay tuned for our Facebook and other social platforms for further information.

Finally, we would like to show our deepest gratitude to all the noxers whether you are new to us or a “veteran”. We will be honored to have you with us for another 4 years!