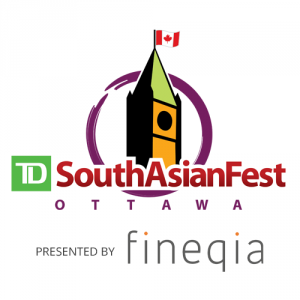 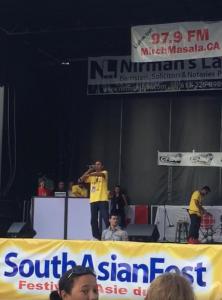 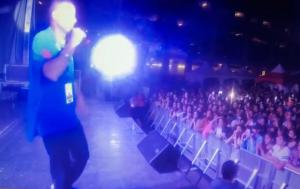 OTTAWA, ONTARIO, CANADA, August 12, 2019 /EINPresswire.com/ — The Ontario South Asian Community Association (OSACA) is pleased to kick off the fourth day of its annual showcase event, the South Asian Festival (www.southasianfest.net), the largest such festival in North America to celebrate the cultural heritage of the south Asian region.

The fourth day of the festival sees a new event in the form of Women of Influence at the National Arts Centre on the evening of Aug. 12. Aside from networking opportunities, it will feature a panel of notable south Asian women speaking about their path to success, challenges and inspirations, from Canada and the US. Opening remarks will be provided by Hon. Lisa MacLeod, Ontario’s Minister of Tourism, Culture and Sport as well as a spokesperson from the Human Concern International.

As a special thank you to those attending the debut Women of Influence event from 5-8 PM on Aug 12, their ticket entitles them to entry for a private screening of Abhay Deol’s latest film that’ll be attended by Abhay Deol himself later this year. “Line of Descent,” co-starring Brendan Fraser, Ronit Roy, Prem Chopra, Ekavali Khanna, Neeraj Kabi and Charlotte Poutrel, is the latest Bollywood-Hollywood cross-over to hit the screen since Slumdog Millionaire! Watch the trailer: https://youtu.be/_g9TeFlpTPg

The 10-day festival is sponsored by the TD Bank Group as its title sponsor as well as Fineqia International Inc. Financial support has also been provided by the Ontario Ministry of Tourism, Culture and Sport via its Celebrate Ontario 2019 program, the Ontario Cultural Attractions Fund (OCAF), Human Concern International, the City of Ottawa and the Rangar family.

Branded as the “TD SouthAsianFest,” it offers visitors a glimpse of arts, crafts, food, music and dance performances, primarily from the Indian sub-continent from Aug. 9 to Aug. 18. This year’s festival in being held in honour of the founder of the festival, Hunsdeep Singh Rangar (“Huns”), who tragically died in June this year (https://www.cbc.ca/news/canada/ottawa/festivals-ottawa-film-asian-lgbtq-indigenous-1.5239969).

“We’re grateful to have such a show of attendance from community leaders and those interested in south Asian culture, at a time of deep sadness for our family, said Bundeep Singh Rangar, President of OSACA and brother of the festival’s founder. “SAF2019 has only been possible by the countless hours of behind-the-scenes work by OSACA’s TeamHuns support team.”

From Aug. 14, the festival shifts to the Ottawa City Hall, with dance lessons from professional dancers, including Masala Bhangra at the Dance Showcase. On Aug. 15, artwork from local artists of south Asian background, or else influenced by the region, is featured in The Focus is ART!

On Friday Aug. 16, the Vedic Sanskruti organisation partners with the festival for live Gujarati dancing via the Garba in the Park show. On Aug. 17 and Aug. 18, the family-friendly shows continue with star south Asian singers from Canada, India, Pakistan, the UK and the US such as Sharry Mann, Miss Pooja, Raghav, H Dhami and Nasreen Shoshi performing on stage.

In addition, approximately 20 local singers, musicians and fashion designers will present their talent during the final two days of the festival. Festival fun will include entertainment such as henna artistry, face painting, magicians, bouncing castle installations, video games, among other items.

On the final day, an India Day parade will be held to celebrate India’s Independence Day, whereby a flag will be hoisted by His Excellency Vikas Swarup, High Commissioner of India to Canada.

During the entire weekend of Aug. 16-18, stage performances as part of the Mirch Masala Mega Mela are accompanied by vendor booths displaying culinary delights, arts and crafts from the Indian subcontinent and supported by Mirch Masala radio programs on CHIN Radio 97.9 FM.

The 10-day event is proudly supported the Indo Canada Chamber of Commerce, the India Canada Association and Cistel Technology among other organisations and companies.

For further information and queries:

The Ontario South Asian Community Association (OSACA) was founded in 2009 as an Ottawa-based, Not-for-Profit Corporation with a mandate to promote Cultural Awareness through an Annual Event showcasing South Asian Talent in the National Capital Region targeted towards the Canadian Mainstream.