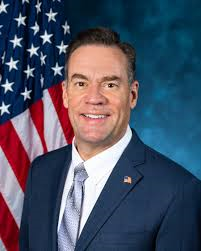 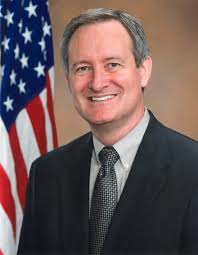 We applaud Rep. Fulcher for his terrific work to help end the practice of soring that has marred the show horse world for six decades.”
— Marty Irby, executive director at Animal Wellness Action

BOISE, IDAHO, USA, August 28, 2019 /EINPresswire.com/ — The U.S. House of Representatives recently passed the Prevent All Soring Tactics (PAST) Act, H.R. 693, by a vote of 333 to 96. U.S. Rep. Russ Fulcher was a cosponsor and voted in support of the measure. In an unexplained twist, Rep. Mike Simpson, a cosponsor of the PAST Act in the 113th, 115th, and 116th Congresses voted against the measure.

The PAST Act seeks to strengthen the Horse Protection Act and end the torturous, painful practice of soring Tennessee Walking, Racking, and Spotted Saddle Horses. Soring, the intentional infliction of pain to horses' front limbs by applying caustic chemicals such as mustard oil or kerosene or inserting sharp objects into the horses' hooves to create an exaggerated gait known as the "Big Lick,” has plagued the equine world for six decades. The “Big Lick” animal cruelty will be exhibited for the next 4 days at the Tennessee Walking Horse National Celebration in Shelbyville, Tennessee.

U.S. Senator Mike Crapo is the lead sponsor of the Senate companion bill that mirrors the House passed legislation and currently has 43 cosponsors in the Upper Chamber. U.S. Senator James Risch, the junior Senator from Idaho, has yet to cosponsor the bill.

“We applaud Rep. Fulcher for his terrific work to help end the practice of soring that has marred the show horse world for six decades,” said Marty Irby, executive director at Animal Wellness Action and a past president of the Tennessee Walking Horse Breeders’ & Exhibitors’ Association. “We’re grateful for Senator Crapo’s tremendous leadership on this issue and hope that the PAST Act’s overwhelming support sends a strong signal to the U.S. Senate that it should saddle up and swiftly move this legislation.”

“I support the humane treatment of all animals and remain committed to ending the cruel practice of soring,” said Senator Mike Crapo (R-ID. “I appreciate the House’s movement on the PAST Act. I will continue to work with my colleagues in the Senate to see that the legislation moves in the Senate and that current animal welfare laws are enforced.”

“The bottom line is you are either for animal cruelty, or you are against it,” said Rep. Ted Yoho (R-FL), lead Republican sponsor of the House PAST Act.

The PAST Act has been blocked for years by a handful of well-placed lawmakers, but a new House rule triggering consideration of any measure that attracts 290 or more cosponsors brought the issue to the floor. PAST attracted 308 cosponsors and was led by Rep. Kurt Schrader (D-OR) and Ted Yoho (R-FL), cochairs of the Congressional Veterinary Medicine Caucus, along with Reps. Steve Cohen (D-TN), Ron Estes (R-KS), Jan Schakowsky (D-IL), and Chris Collins (R-NY). The Senate companion has garnered 43 cosponsors.

Check out what Members of Congress are saying about the PAST Act by clicking here. Check out the latest edition of The Political Animal: Tennessee Walking Horse National Celebration left with bloody nose and black eye by press and the City of Nashville by clicking here.