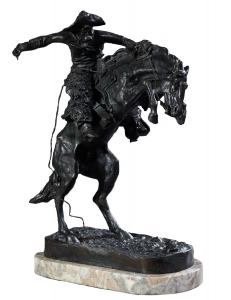 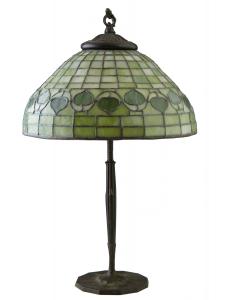 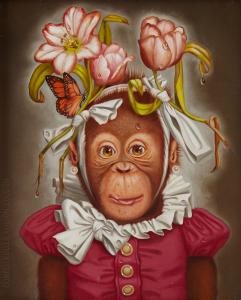 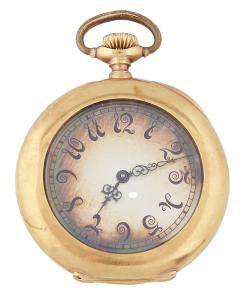 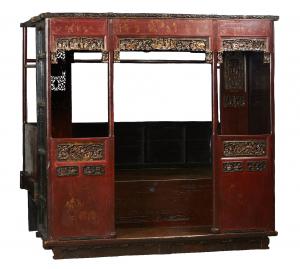 The two-day, 1,033-lot Important September Estates Catalog Auction is being held online as well as in Crescent City’s gallery at 1330 St. Charles Avenue in New Orleans, at 1 pm on Saturday, September 14th (lots 1-650), and 10 am on Sunday (lots 651-1,033). All times quoted are Central. Internet bidding is provided by the popular platforms LiveAuctioneers.com and Invaluable.com.

The oil on board painting by Donald Roller Wilson (Arkansas, b. 1938), titled Cookie (2005), is a whimsical and colorful depiction of a chimpanzee dressed in a clown costume with flowers and a butterfly for headwear. It’s signed and dated and expected to sell for $10,000-$15,000. Wilson is known for his offbeat subject matter. He paints in polished realism, similar to the Old Masters.

Frederic Remington (1861-1909) was an American painter, illustrator, sculptor and writer who specialized in depictions of the American Old West. His circa 1900 patinated bronze titled The Wooly Chaps, 22 ¾ inches tall, is impressed “Roman Bronze Works N.Y.” (est. $1,500-$2,500). There were only eight castings of this version of Remington’s iconic work The Bronco Buster.

Fine French period furniture will be plentiful and will include the following pieces:

Previews will be held beginning Thursday, Sept. 5th, from 10-5 Central time (except on Sunday, when the gallery is closed). A late evening preview will also be held on Wednesday, Sept. 11th, from 5-7 pm. A Saturday preview will be held on Sept. 7th, from 9 am to 1 pm. Absentee and phone bids will be accepted up until 1 pm Central time on Friday, Sept. 13th. A printed catalog is available on request; call 504-529-5057 or e-mail them at info@crescentcityauctiongallery.com.