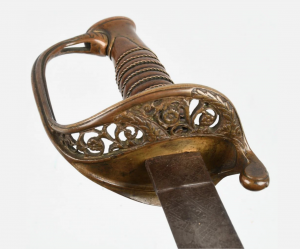 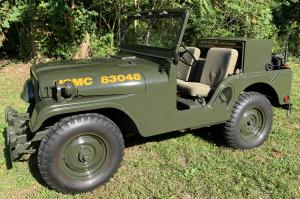 There’s never a shortage of interest in Civil War memorabilia. If anything, there are more collectors today than ever before. ”
— Chris Sammet, Co-Owner, Milestone Auctions

WILLOUGHBY, OHIO, UNITED STATES, September 30, 2019 /EINPresswire.com/ — Milestone Auctions’ sleek new suburban-Cleveland gallery has been reaping accolades ever since opening its doors on July 27. Owners Chris Sammet and Miles King will once again roll out the red carpet to the new venue on October 5 as they welcome bidders to their 849-lot Fall Premier Military & Tribal Auction. All forms of bidding will be available, including live via the Internet.

With a timeline that runs from the 18th century through the Gulf War, the sale is packed with rare and historically important relics and weaponry from seven general categories: Antique Swords, Civil War, Spanish-American/World War I, World War II Nazi, World War II U.S., and World War II Japan.

“There’s never a shortage of interest in Civil War memorabilia,” said Chris Sammet. “If anything, there are more collectors today than ever before. It’s a war that is unforgettable, even now, 150 years after it ended.”

For their October 5 auction, Milestone will offer an outstanding selection that includes such highlights as an 1861 mammoth-plate albumen depicting the 8th Wisconsin Volunteer Infantry Regiment. This remarkable image depicts troops and officers in an informal outdoor setting along with their mascot, “Old Abe” the battle eagle. History tells the story of how the soldiers of this regiment chipped in 25 cents each to buy the eagle (for $2.50) from Chief Sky, son of an Ojibwe chief, who wanted to sell the bird. The 8th Wisconsin later became known as Eagle Regiment because of their feathered companion. The framed photo measures 13½ by 9 inches (sight) and is estimated at $3,000-$5,000.

The highest-estimated Civil War sword in the sale is the one ID’d as having been the property of Confederate Captain C.P. Bowen of Company C, 30th Georgia Infantry. Bowen came from a military family and was the son of a War of 1812 hero. The younger Bowen’s name is etched on the beautiful presentation sword he carried by his side. Among the images etched on the blade is a stand with two variations of the Confederate flag. One of the best privately owned examples of a Confederate presentation sword, it is expected to sell for $10,000-$15,000.

Collectors specializing in World War II relics can approach the bidding action from several fronts, starting with Germany. Hundreds of Nazi pennants and flags; edged weapons, uniforms, caps, helmets, awards, medals and paraphernalia have been gathered for this auction. Among the highlights is a circa 1933-37 Nazi SS M33 dedication dagger with a 22cm-long double-edged blade and scabbard. The blade is etched with a German phrase that translates: “My Honor Is Loyalty.” The auction estimate is $7,000-$9,000.

Japanese World War II highlights include a grouping of items brought back by Seabee Ben Thompson of the 76th Construction Battalion. While overseas, Thompson picked up a canteen that is complete with its strap, suspension and metal stopper, as well as a fantastic Japanese helmet with original camo cover and net. Japanese kanji appears on the inside of the helmet, alongside an incised bugle. Both items have field tags identifying their owner as Thompson, of Company D, 3rd Platoon, 76th Seabee Batallion. “If you’re going to own just one Japanese helmet, this is the one to buy,” Chris Sammet said. The helmet and canteen are offered together with an original copy of the 76th Construction Battalion unit’s history. The lot is estimated at $2,500-$3,500.

An extremely rare World War II D-Day (June 6, 1944) Operation Neptune archive with a BIGOT ultra-top-secret classification was the property of Commander Frederick M. Cook of the U.S. Navy LCF-7 Landing Craft Flak. The lot contains 100 pages of ultra-rare operational orders pertaining to the Neptune phase of the D-Day Allied invasion of Europe. “I’ve seen subsections of this booklet offered for sale before, but never a complete operational plan,” said Sammet. The grouping comes to auction from Commander Cook’s family and has a $2,000-$4,000 estimate.

It will be easy to relive military adventures – or imagine that they happened – while driving a 1964 US Marine Corps Kaiser Model M38A1 Jeep. With a Willys Hurricane straight-4-cylinder F-head engine, this auction headliner also sports numerous upgrades and includes an SN39 command radio, which is stored in a waterproof cabinet at the rear of the vehicle. Restored to a very high standard, it’s ready for Sunday drives or a 4th of July parade. “It tops out at about 60 to 65 miles per hour. Just turn the key and go,” Sammet remarked. The Jeep is expected to make $14,000-$16,000 at auction.

Of all the heroic American outfits that served in Vietnam, none garner more respect than the U.S. Army Green Berets. The October 5 auction presents a rare opportunity to bid on an outstanding circa-1966 mini archive of Vietnam 5th Special Forces 1st Group items belonging to Gene W. Adams. The lot consists of a green beret with the unit’s patch, a Randall fighting knife with scabbard, an Airborne shoulder patch, and an album containing 99 photos, mostly in color and including several shots of Adams jumping from his aircraft. Beautifully preserved over several decades, the collection is estimated at $3,000-$4,000.

The team at Milestone Auctions looks forward to welcoming guests to their Saturday, October 5 auction at the company’s new location: 38198 Willoughby Parkway, Willoughby, Ohio 44094. Start time: 10 a.m. Eastern. All forms of bidding will be available, including live via the Internet through Milestone Auctions’ bidding platform or through LiveAuctioneers. For additional information, call 440-527-8060 or email info@milestoneauctions.com. Online: www.milestoneauctions.com