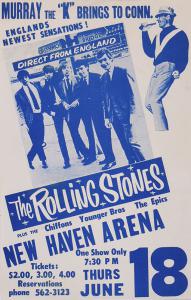 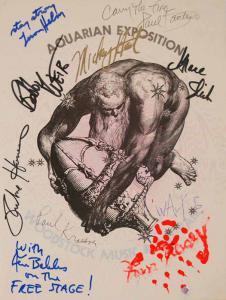 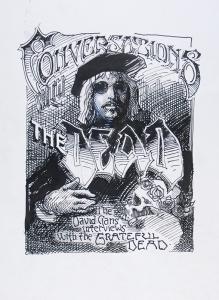 This Original Rick Griffin Artwork Is Up For Auction Now

BALTIMORE, MD, USA, October 3, 2019 /EINPresswire.com/ — Collectors are closely watching a high quality specimen of the ultra rare Rolling Stones New Haven Arena 6/18/64 Concert Handbill that is now open for bids. The handbill is one of just a few known and is in excellent condition. It is the very first example to appear at public auction and is estimated to bring $4,000-$8,000.

The famed vintage Rolling Stones handbill is being auctioned by Psychedelic Art Exchange at ConcertPosterGallery.com. Bidding is now open and ends October 10, 2019 at 9:00pm ET.

“This is universally recognized as one of the rarest and most desirable Rolling Stones handbills to be auctioned in recent memory,” explains Glen Trosch, President of Psychedelic Art Exchange. “Just a handful of the Rolling Stones concert handbills from 6/18/64 are known to exist, and this is the very first opportunity we have had to present this rarity in our auction. That’s why our phones are ringing off the hook!”

The handbill is part of Psychedelic Art Exchange’s October Mega Auction that features 200+ vintage concert posters and handbills. All lots in the auction are being sold unreserved and all lots have a starting bid of just $1.00.

Other highlights of the vintage concert poster auction include:

A one-of-a-kind Rick Griffin pen and ink drawing for the Grateful Dead book – Conversations with the Dead. Rick Griffin is perhaps the most legendary concert poster artist in history and this one of a kind drawing is from the earliest days of his career.

“Collectors are really excited about this auction because they have the opportunity to bid on many items we’ve never offered before,” added Trosch. “And with bidding on all 200 vintage concert posters starting at just $1.00, there is something of interest for collectors of every taste and budget.” Check out the Psychedelic Art Exchange auction at www.concertpostergallery.com.