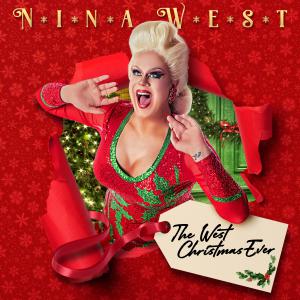 LOS ANGELES, CA, UNITED STATES, October 28, 2019 /EINPresswire.com/ — RuPaul’s Drag Race Alum and Season 11 Miss Congeniality, Nina West, wants you to have “The West Christmas Ever” this holiday season. The brand-new original EP is available for Pre-order beginning today, October 28th 2019 and everyone who pre-orders gets a 50% off code for a special Christmas message from Nina on CAMEO! Portions of the pre sale proceeds will go to the Nina West Foundation which supports LGBTQIA programs nationwide.

This new EP features interludes narrated from Father Christmas, voiced by the Disney Legend Jim Cummings (Winnie The Pooh, Tigger, Pete, Darkwing Duck, Ducktales), telling the story of Nina The Extra Elf. Nina continues to celebrate her hometown of Columbus, Ohio by featuring a collaboration the Vox Ensemble of the Columbus Gay Men’s Chorus on the track “Santa Will be Gone”.

The EP will release on November 8th on all platforms along side the video for the lead single Jingle Juice!

To pre-order the album go to www.NinaWest.com and click on the links.