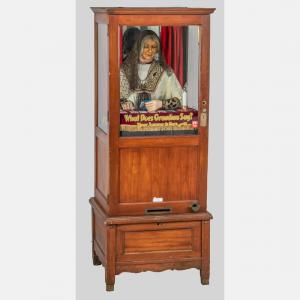 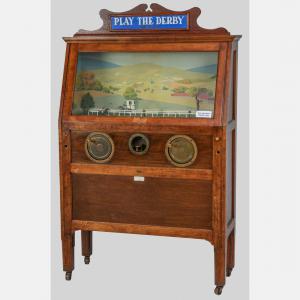 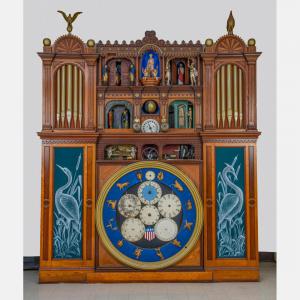 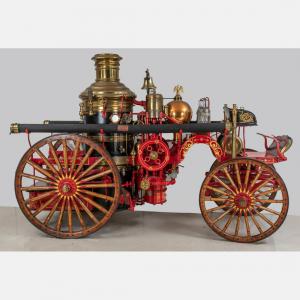 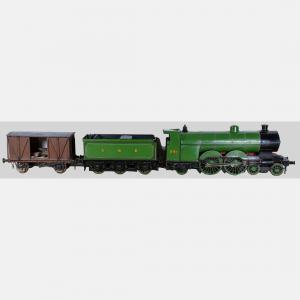 The venerable amusement park Cedar Point has deaccessioned pieces from the museum’s collection to make way for a new collection that will debut next year.

CLEVELAND, OHIO, UNITED STATES, October 29, 2019 /EINPresswire.com/ — On Monday, November 18th, a uniquely American collection of historical amusement park artifacts will come up for auction at Gray’s Auctioneers in Cleveland. The venerable amusement park Cedar Point has deaccessioned several pieces from the museum’s collection to make way for a new collection that will debut next year, 2020, one of the many events which will mark the park’s 150th anniversary.

The auction features 160 lots of vintage arcade games, antique trains and fairground amusements as well as locally relevant historical artifacts. Highlights include an American-LaFrance steam fire pumper built for the Greensboro, North Carolina Fire Department in 1904. It is a horse drawn steam pumping engine built shortly after the merger of the American Fire Engine Company of Cincinnati, Ohio and the LaFrance Fire Engine Company of Elmira, New York. The company thereafter became known as the American LaFrance Fire Engine Company with a factory in Elmira. This engine was of the LaFrance pattern and was the 496th such engine built by the LaFrance Company, but it was the first engine built under the new company name and might well have been numbered American LaFrance No. 1. It is, therefore, an important machine with regard to the manufacturer's own history. The fire engine was completely restored by Cedar Point in 1971. The estimate is $150,000-$250,000.

Steam powered vehicles are a significant portion of the auction. The Fleming steam traction engine No. 4 from 1907 is the only known steam garden tractor of its kind in the United States. It is being sold together with its own water carriage and carries an estimate of $10,000-$20,000.

There are eleven scale model steam locomotives, including lot 23, a very handsome English 9 ½ inch gauge Great Northern Railway 4-4-2, #251 live steam locomotive with tender and boxcar, estimated at $8,000-$10,000. Lot 28 is an English live steam 2-6-4, 5 inch gauge, 1 inch scale locomotive, together with a partial track. It’s expected to fetch $4,000-$6,000. Some of the locomotives come with tenders and others with passenger cars.

Fairground amusements and early coin-operated games will kick off the auction. Featured lots include lots 4 and 5, two Play-the-Derby arcade machines from 1929 manufactured by the Chester-Pollard Amusement Co. (N.Y.) and lots 2 and 3, two Rock-Ola 1937 World Series baseball arcade machines. All the machines have condition issues and are in need of restoration. They all carry estimates of $2,000-$4,000.

There are machines that tell fortunes, predict love, read palms and characters, and there’s even a screen test arcade machine and vintage Mutoscope movie reel viewers. The auction has a coin-operated Mills Novelty Violano Virtuoso, an automatic music player from the early 20th century playing violin and piano music from perforated paper rolls. The Violano Virtuoso is lot 19 and is expected to fetch $5,000-$7,000.

Fairground curiosities include a full-size apothecary store display from Crestline, Ohio; a full barbershop display; and the post office from Miller City, Ohio. They are wonderful historical displays from yesteryear. Accoutrements from the stores are also available and they include cash registers, antique apothecary bottles, antique medical implements, barber chairs, a barber pole and various display cases.

While antique and vintage amusement park treasures abound, arcade games from the latter half of the 20th century are also featured. How about the Sega Outrun 2 or the Bally Midway Ms. Pac-Man, or Namco’s FourTrax Racing Game that you would play with a friend? The auction includes several boxed lots of hard-to-find parts, and manuals for many arcade game machines. They’ll be a treasure trove for video game enthusiasts from around the world.

The last lot in the auction is sure to attract interest from Trekkies near and far: a reproduction Starfleet Command captain’s chair for Captain Picard, built by the Cedar Fair Entertainment Company. It is electrified and lights up, and can be yours for $80-$120.

The auction will begin promptly at 11am in Gray’s showroom, located at 10717 Detroit Avenue in Cleveland. The catalogue is now online at GraysAuctioneers.com. Bidding is also available on LiveAuctioneers.com and Invaluable.com. Previews will open on Thursday, November 7th and will run through auction day. Times are Monday-Friday, from 10am-5pm, Saturday from11am-4 pm and the auction house will also be open on Sunday, November 17th, from 12 noon-4pm. All times quoted are Eastern.

The specialists at Gray’s have worked with museums, educational institutions, corporations and private collectors to achieve the maximum value of their collections at auction. Gray’s auctioneers are licensed, insured and bonded in favor of the State of Ohio. To learn more please visit www.graysauctioneers.com

To learn more about Gray’s Auctioneers & Appraisers and the live and internet auction planned for Monday, November 18th, at 11 am Eastern, visit www.graysauctioneers.com. Updates are posted often.