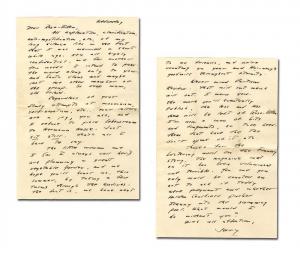 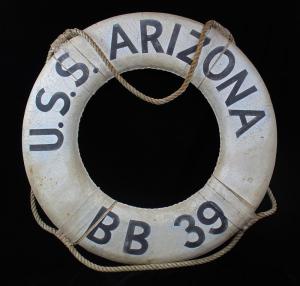 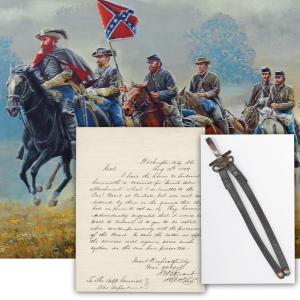 Letter handwritten by Confederate Gen. J.E.B. Stuart, with an example of his personally designed saber attachment and an artist’s signed print of Stuart’s Ride (lot est. $7,000-$8,000). 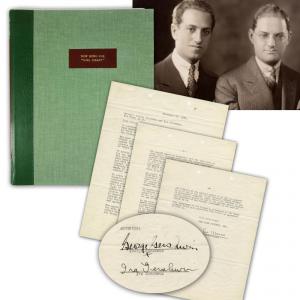 Three-page typewritten contract signed by the American songwriting team of George and Ira Gershwin, regarding an agreement to write a song for the movie Girl Crazy (est. $3,000-$3,500). 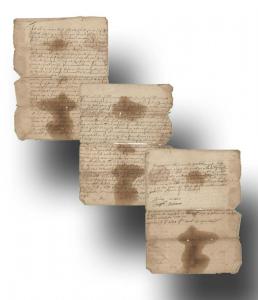 The 263-lot online-only auction, starting promptly at 10:30 Eastern, is brimming with unique relics, autographs, photos and ephemera, delivered just in time for the holidays. Categories include Civil War, literary, militaria, presidential, music, entertainment and foreign. Bidders may consider lavishing their loved ones with historical items this Christmas, Hanukkah and Kwanzaa.

The catalog has already been posted online and bidding is available via LiveAuctioneers.com, Invaluable.com and Auctionzip.com. Telephone and absentee bids will also be accepted. The auction is packed with an important selection of autographed documents, manuscripts, books and photos. Folks can visit the website and browse the catalog now at www.UniversityArchives.com.

The original and unrestored life preserver from the U.S.S. Arizona, dating from its last pre-attack overhaul, circa 1940-1941, was almost certainly employed during the Japanese attack on Pearl Harbor in December 1941. Salvaged from a rubble pile in the 1970s, the ring was then passed on by descent to the current owner. The buoy was reviewed by experts from the World War II Valor in the Pacific National Monument Pearl Harbor Museum in Hawaii (est. $30,000-$100,000).

The literary category is led by three giants: J.D. Salinger, Ian Fleming and Ernest Hemingway. The Salinger letter, with envelope, is two pages, written in Salinger’s hand and dated March 2, 1955, in which he writes to Rose-Ellen Currie, a young writer in New York City, about his recent wedding, Currie’s progress as a writer and his recently published story, Franny (est. $10,000-$12,000). Salinger also mentions Holden Caulfield and ends the letter “With all affection, Jerry”.

Returning to the Civil War, a letter penned and signed by Confederate Gen. Thomas “Stonewall” Jackson (1824-1863), dated Jan. 10, 1862 (but misdated by Jackson as “1861”) addressed to Gen. J.E. Johnston, relating to the location of Jackson’s troops during the Romney Expedition, carries a pre-sale estimate of $12,000-$14,000. The superb letter, written from Morgan County, Va., is signed by Jackson as “T.J. Jackson / Maj. Genl PACS Comd”. It comprises two pages of a bifold.

A highly important and rarely seen group of 17th century documents from Plymouth, Mass., chronicling the growth of the New World, is expected to change hands for $10,000-$12,000. An example is a signed manuscript document from 1669, regarding “an agreement of several of ye neighbors living at and about Rockey Nooke in the Township of Plimouth (sic), respecting ye bounds of their lands.” The agreement is signed by several of the townspeople with their “x”.

A three-page typewritten contract signed by the American songwriting team of George Gershwin (1898-1937) and Ira Gershwin (1896-1983), in which the brothers entered into an agreement to write a song for the planned movie Girl Crazy (RKO Radio Pictures), has an estimate of $3,000-$3,500. The contract was signed in 1931 but the movie, with Mickey Rooney and Judy Garland, wasn’t released until 1943. The contract was also signed by RKO Vice President Lee Warrens.

A remarkable signed typed letter with autograph annotations by Ernest Hemingway, written in 1955 from his home in Cuba and touching on subjects ranging from his father’s suicide to his mother to Africa to his hunting boots, should bring $3,000-$3,500; while a single page typed letter by James Bond author Ian Fleming, also from 1955, in which he ponders the whereabouts of Albert Paegels, the enigmatic Nazi fisherman and otter hunter, should sell for $2,000-$2,400.

An oversized ship’s passport dated January 23, 1801, signed by Thomas Jefferson when he was President and written in four languages (French, Spanish, English and Dutch), measuring 22 ½ inches by 17 inches, is expected to earn $4,000-$4,500. Also, an archive of five documents, all relating to the British blockade of Boston Harbor between March and May 1776, nine pages in total, including letters to and by Vice Admiral Molyneux Shuldman, should make $2,400-$2,600.

A spectacular glossy color photo signed by four former U.S. Presidents – Ronald Reagan, Gerald Ford, Jimmy Carter and Richard Nixon – depicting the men standing in front of a wooden door, flanked by American flags, should go for $2,000-$2,400. Also, a glossy black and white photo of Harry Houdini shown piloting his biplane, signed by him, with the caption, “The first successful aviator in Australia wins the Australian Aero League’s Trophy”, should command $1,000-$1,200.

University Archives has become world-renowned as a go-to source for rare items of this kind. It is actively seeking quality material for future auctions, presenting a rare opportunity for sellers. Anyone who has a single item or a collection that may be a fit for a future University Archives auction may call Mr. Reznikoff at 203-454-0111, or email him at john@universityarchives.com.

University Archives was founded in 1979, as a division of University Stamp Company, by Mr. Reznikoff, who started collecting stamps and coins in 1968, while in the third grade. Industry-wide, Reznikoff is considered the leading authenticity expert for manuscripts and documents. He consults with law enforcement, dealers, auction houses and both major authentication companies.