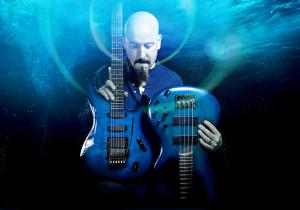 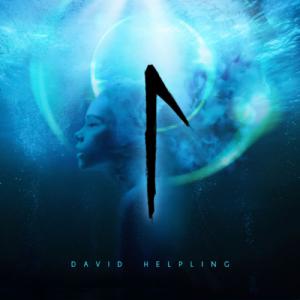 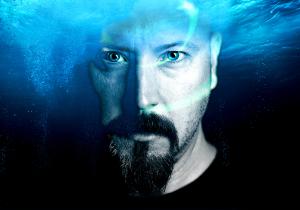 The artist's ocean-inspired recording is a cinematic listening experience. Today, Helpling launches a "Takeover" at the label's Instagram.com/SpottedPeccary.

Music is always in my head. That’s how I write. I’m always dreaming.”
— David Helpling

PORTLAND, OR, USA, November 22, 2019 /EINPresswire.com/ — Shimmering textures, purposeful phrases, and expressive arrangements mingle together and flow freely from a wellspring of inspiration into a sea of beauty, resulting in what may be RUNE composer and instrumentalist David Helpling's most colorful and textural recording to date. The compositions – cinematic in scale – stand on their own, rewarding the listener with music, melody, a powerful sound, and heartfelt performance. RUNE is available now for physical purchase in CD format and in 24-BIT AUDIOPHILE, CD QUALITY LOSSLESS, MP3 and streaming formats. For all links and more information, visit https://spottedpeccary.com/shop/rune/.

Throughout RUNE's generous works – "The Heart of Us" times out at 11:08 – Helpling delivers another album of pure ambient electric guitar performances. Building on the sound of his previous release A SEA WITHOUT MEMORY, RUNE represents the stunning evolution of Helpling’s ambient guitar explorations into a new realm of craft and production, shifting to a deeper focus on composition, phrasing, melody, and emotion.

In a review of RUNE published on BrainVoyager, music writer Robin James states that, "Only one man can take us through the hall of mirrors, on infinite and harmonious clouds, and bring us safely back. That man is David Helpling."

A deep and lifelong connection to the power and allure of the sea is a part of Helpling's psyche. The music of RUNE is directly influenced by the waters of the ocean and the Norse rune called Laguz, which speaks of deep wisdom and respect for the sea, representing the universal ocean and the collective memory of all life. The album is inspired by the creative, destructive, and life-sustaining forces of water as depicted in the spiritual wisdom and poetry of this ancient Norse rune; while creating the music, Helpling immersed himself in this monumental idea of an all-encompassing ocean.

“I grew up a few blocks from the Pacific Ocean and spent all my time in and near it,” Helpling says. “It has always been my deepest healer and my biggest source of wonder, and whether I’m on the beach of a remote Pacific island or just relaxing at home, I spend time each day mindful of the stillness of water. So, embracing this grand concept of the sea and the Rune as each piece was created felt very natural, and kept me calm and focused on achieving the sound of the ocean. I feel like every piece on this record deeply resonates with its spirit.”

Helpling has an illustrious history of creating lush synth-laden music, but on RUNE he has turned to only guitars and a custom rig to directly and honestly explore a new level of ambient expression, and while the recognizable sound of Helpling’s classic whirlpooling guitar still swirls at the heart of RUNE, most listeners will forget that the entire album was created without the use of keyboards, synthesizers or computer-based sound generators once they are submerged in the organic soundscapes. The layers of detail, order, and space create an immersive, honest and meaningful music that results in so much more than just another ambient guitar offering.

As a young teen, Helpling pushed himself to learn guitar – experimenting with various effects and signal processors to create illusions with sound. Together with his passion for synthesizers and percussion, this guitar sound became central to a complete vision and musical style that expresses sonic moods with a definite soundtrack feel.

David’s debut release, Between Green and Blue, was a finalist for the INDIE Album-Of-The-Year award. On his second release, Sleeping On The Edge Of The World, the artist took his unmistakable style and dense sound sculptures to a deeper, more powerful and cinematic level. Fans often reference the latter album in requesting follow up works.

As an accomplished and highly sought after composer of music scores for film, David is continually honing his composition skills. “Creating music for film and video projects is wonderful and rewarding…but also has its limitations. I think the emotional writing and technical experience of scoring certainly gets me closer to the core of what is important in my own music. Music is always in my head. That’s how I write. I’m always dreaming.”

RUNE was produced, recorded and mixed by David Helpling at Deep Exile (San Diego) and mastered by Howard Givens at Spotted Peccary Music.

About David Helpling:
David Helpling is a California-based guitarist and keyboardist, recording artist and film composer specializing in ambient and electronic music. His solo career began with Between Green and Blue, followed by Sleeping On The Edge Of The World, both released by Spotted Peccary Music. Among other musical influences such as U2, Bjork and Icehouse, one of Helpling's main inspirations is film music. As a full-time composer himself, Helpling has written music for several films, one of which, Trade Offs, immersed him in the music of India. His album collaborations include working side by side with Jon Jenkins, resulting in the release of their epic trilogy of albums Treasure, The Crossing, and Found. RUNE is David's seventh album released by Spotted Peccary Music.

About Spotted Peccary Music:
Portland-based Spotted Peccary Music is North America’s finest independent record label with a focus on deep, vast and introspective soundscapes. For over three decades, the artists of Spotted Peccary has been on a mission to develop, produce, publish and release ultra-high-quality, deep-listening experiences that engage the listener and exceed expectations. Every release is carefully prepared in a variety of high quality formats from MP3 to high-res studio masters. Explore more than 160 titles and 45 artists at www.SpottedPeccary.com and www.AmbientElectronic.com.