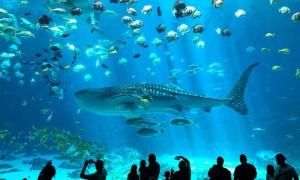 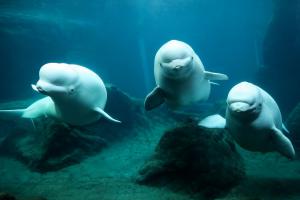 This is an amazing aquarium and we are thrilled to add this to the other world class aquariums on the 365Tickets platform.”
— Dino Cappello, president of 365Tickets USA

BUTLER, NJ, USA, December 27, 2019 /EINPresswire.com/ — 365Tickets USA, announced today that the company has signed an agreement to promote the Georgia Aquarium on their global ticketing platform. The aquarium is located in downtown Atlanta near the World of Coca-Cola and welcomes over two million visitors annually, making this one of the top attractions in the city.

The Georgia Aquarium has been open since November 2005 when the aquarium greeted over one million guests during the first 100 days and 3.6 million guests visiting within the first year. This is home to thousands of marine animals including: whale sharks, beluga whales, African penguins, big-bellied seahorses, southern sea otters and California sea lions. The Aquarium is organized into seven different zones contributing to the feeling of exploration.

The Georgia Aquarium is also a scientific institution that entertains as it educates, offers exhibits and educational programs, and guest experiences that promote the conservation of aquatic biodiversity throughout the world. As a leader in aquatic research and animal care, the Georgia Aquarium is dedicated to fostering a deeper appreciation for the ocean and the marine life.

“This is an amazing aquarium and we are thrilled to add this to the other world class aquariums on the 365Tickets platform,” commented Dino Cappello, president of 365Tickets USA. “We offer tickets to aquariums all over the world and this is a fantastic addition. One of the most relevant exhibits is the AT&T Dolphin Tales emphasizing the importance of caring for our oceans and making positive environmental choices.”

This is the largest aquariums in the Western Hemisphere with more than 10 million gallons of water and now one of the most popular attractions in Atlanta. At opening, the Guinness Book of World Records certified Georgia Aquarium as having more aquatic life than any other aquarium.

365Tickets USA currently offers tickets to over 2,000 attractions such as Knott’s Berry Farm, Gray Line Tours, Empire State Building, New York City Sightseeing, The Flyer – San Francisco, Universal Hollywood, LEGOLAND California and Florida, 360 Chicago, Top of the Rock New York City and the Shedd Aquarium in Chicago.  The company continues to focus on offering a streamlined, on-line ticketing experience that makes it easy for families to arrange a multitude of activities either in advance or “on the fly” as part of their vacations and family travel.

With offices in 14 countries, 365Tickets offers state-of-the-art technology for a quick and secure online booking experience in the local language and currency.

For more information visit www.365TicketsUSA.com. To learn more about partnering with 365Tickets USA for your attraction, call 844-365-8587, extension 201 or email Dino Cappello at d.cappello@365ticketsglobal.com.