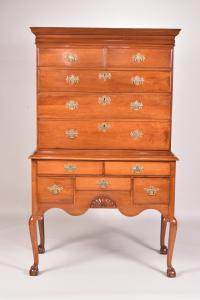 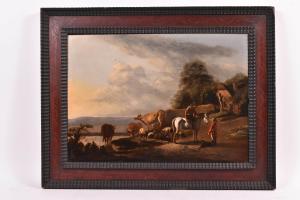 Oil on wood panel pastoral landscape painting with figures and animals, rendered by a follower of Philips Wouwerman. 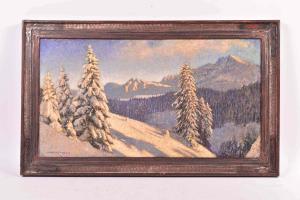 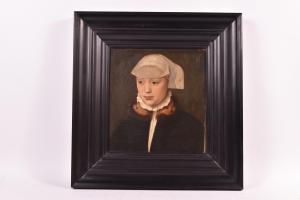 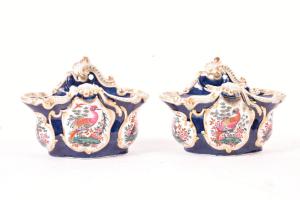 The auction, focusing mainly on Americana and the traditional aesthetics, will be held online and in the firm’s gallery at 20 Beach Street in Bloomfield, N.J.

We invite collectors, institutions and the trade in New York for Americana Week to come over to New Jersey by way of train, bus or car. We’re located just 15 miles outside of the Lincoln Tunnel.”
— Andrew Holter

BLOOMFIELD, NJ, UNITED STATES, January 2, 2020 /EINPresswire.com/ — A major auction focusing primarily on Americana and the traditional collecting aesthetics, and timed to kick off just ahead of Americana Week in New York, is planned for Wednesday, January 15th by Nye & Company Auctioneers, online and in the firm’s gallery at 20 Beach Street in Bloomfield, starting at 10 am Eastern time.

Internet bidding will be provided by LiveAuctioneers.com and Invaluable.com. The catalog will also be posted to the Nye & Company website (www.nyeandcompany.com) around the turn of the year.

The sale is officially titled a Collectors’ Passion Auction. “We invite collectors, institutions and the trade in New York that week to come over to New Jersey by way of train, bus or car,” said Andrew Holter of Nye & Company Auctioneers. “We’re located 15 miles outside of the Lincoln Tunnel and are easily accessible, and close to, mass transit centers. The sale offerings are well worth the trip.”

The auction is headlined by property from the collection of Ralph and Roberta Carpenter. Ralph was a former Christie's representative from Newport, Rhode Island and the author of the highly acclaimed book The Arts and Crafts of Newport, Rhode Island: 1640-1820. Both "Bobbie" and Ralph were fixtures in Newport and responsible for preserving several historic buildings in town.

Of exceptional note is the "D-Day" George III style extension dining table, an historically important piece bearing a silver plaque that reads, “This table was in constant use October 1943 to May 1944 for the deliberations of General Eisenhower, Allied Commander-in-Chief and his staff, who were then planning the victorious Allied advance in Germany. It was also used by General Marshall and Joint Chiefs of Staff of the United States Army when plans for ‘D’ Day were put into direction whilst staying at Stanwell House, England, May to June 1944".

Additional highlights include a terrific 1775 mezzotint of Samuel Adams, printed by Reck and Okey in Newport; a wonderful Haarlem School oil on wood titled Musical Interlude from circa 1630; a Dutch School portrait of a young woman from the 16th century; a terrific silver tankard by Boston silversmith John Burt; and a large selection of brass dating from as early as the 16th century.

American furniture is well represented from a variety of private collections, including a Chippendale serpentine-front chest of drawers, a Classical figured maple lyre base games table and a Queen Anne fan-carved high chest of drawers.

There is also a nice selection of classic American folk portraiture from the first-half of the 19th century and a pleasing group of Self-Taught and Outsider art being offered from the NAMITS Collection. Artists include Harriet Wiseman, Charlotte Culot, Barry Simons and Robilee Frederick.

Continuing with the fine arts theme, there are some early photographs by famed photographers Edward Weston and his son, Brett. The photos depict the dunes at Oceano, Calif., and are from the 1930s. All are signed and dated on the mount and are excellent examples of the plate of light, shadows and texture of nature. Of special note is the Edward Weston photograph. This particular work bears a personal inscription from Edward to Gavin Arthur. Gavin was the son of President Chester Arthur and like Weston, a photographer known for taking photos of the dunes at Oceano.

People can bid in person, by phone, in absentia and online. An online preview will be held January 2nd-15th at www.nyeandcompany.com. First-hand gallery previews will be held Monday thru Friday, January 7th-14th from 10 am to 4 pm; and Sunday, January 12th, from 12 noon to 4 pm (but not Saturday, January 15th). All times quoted are Eastern.

John Nye had a long and fruitful career at Sotheby’s before he and his wife, Kathleen, acquired Dawson’s in 2003 and started Dawson & Nye. With the move to Bloomfield seven years later, they renamed the business to Nye & Company (Auctioneers, Appraisers, Antiques). The firm is nationwide, but the vast bulk of the business comes from trusts and estates in the tri-state area.
For more information about Nye & Company Auctioneers and the Collectors Passion Auction on Wednesday, January 15th, visit www.nyeandcompany.com. The full color catalog can be viewed around January 2nd at www.nyeandcompany.com, www.LiveAuctioneers.com and www.Invaluable.com.