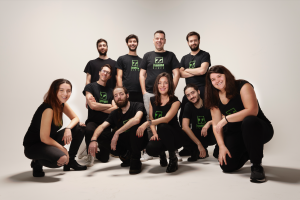 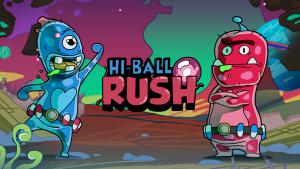 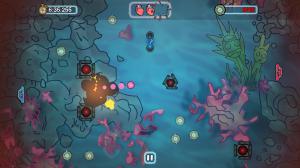 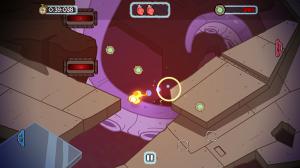 Nowadays technology allows us to go over the classics and show them in different ways to the public. This happens in each and every field, think about the cinema.”
— Giacomo Greco, Jyamma Games CEO & Producer

MILAN, ITALY, January 28, 2020 /EINPresswire.com/ — As an emerging gaming reality, independent games studio Jyamma Games, based in Milan, Italy is trying to leave a path on the future of the industry delivering the most fun video games ever.
Jyamma Games founder and CEO Giacomo Greco, who started his carrier into the music business as a producer (aka Jacky Greco, who also boasts a collaboration with the rapper Snoop Dogg), created the “core development team” of Jyamma Games, following the ideas of teamwork and creativity. Jyamma Games’s team is a reckless, creative and visionary group of people who delivers all of these qualities through their games, with nods to different niches covering from design enthusiasts to retro-game nostalgics.

The main goal of Jyamma Games is to bring fun and enjoyable games to their audience in unconventional ways: the game itself isn’t defined within its own limits – the games are ways through players discover great design and find their own challenges.
“Hi-Ball Rush” hits retro-gamers nostalgia by nodding to cult game “Pong”.
At a first glance, “Hi-Ball Rush” may seem to have a very simple structure, referring to very arcade-ish atmospheres. This is truly because, in fact, it takes its inspiration from the mythical and legendary “Pong” which marked the beginning of virtual entertainment as we know it.
However, “Hi-Ball Rush” is way more than a simple arcade game. The game presents very sophisticated atmospheres, genuinely crafted by combining visually-stimulating design with immersive background music which leads the player in a totally new dimension. Each and every person who puts his or her hands on “Hi-Ball Rush” will be able to find his or her own challenge by proceeding through the gameplay or by just having an occasional run.

Even in what most people would refer to as an arcade game, the story of “Hi-Ball Rush” brings the players onto an intergalactic travel. The "Blorphians", an alien race of the Milky Way, create the Ballaballs, spheres that harness immense energy. Thanks to the power of the Spheres, the aliens create a very advanced civilization.
An ancient member of the race, trying to seize the power of the first sphere, is cursed by turning into Cursatron. He creates a progeny of robots with which he attacks the alien civilization to take over the other Ballaballs.
To prevent Cursatron from gaining supreme power, the Blorphians launch the remaining Ballaballs into space and hide them on various planets in the galaxy. Two infants are also saved together with the first Ballaball ever created, that will have the purpose to return the two children, once grown up, to their home planet to reactivate the temple, recover the other spheres and rebuild their ancient civilization.

As a winning formula which sees futuristic and hyper-stimulating dynamics meet retro arcade gaming, “Hi-Ball Rush” positions itself in a context where the “remake” phenomenon is greater than ever.
“Nowadays technology allows us to go over the classics and show them in different ways to the public. This happens in each and every field, think about the cinema” says CEO Giacomo Greco, “it’s basically a need of taking everything that has been successful in the past and showing it to the new generations which couldn’t witness the power that some productions had during their own eras”, he adds, “but, of course, everything needs to be re-contextualized to a different world and a different society”, he concludes.

Jyamma Games is set to addictively sneak – and stay – in your pocket.

Each one of us owns a smartphone, therefore a gaming console. Jyamma Games is determined to bring their over the top and ambitious productions to as many mobile phones as possibile, from hard-core to casual gamers – and they’re doing it their own way.
From a point of view of animation fans, Jyamma Games team aims to bring certain types of artistic environments into their games with an additional touch, so that they can entertain people and let them enter a completely crazy world. And that is the atmosphere you will be able to feel everyday in Jyamma Games studios, where the personalities of each end every team members are translated into their productions.
The world is set to embark on an intergalactic expedition with “Hi-Ball Rush” and we can’t wait to see where Jyamma Games will bring us in the future.