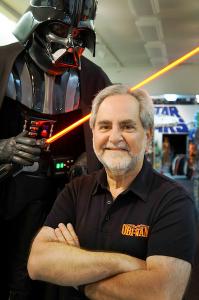 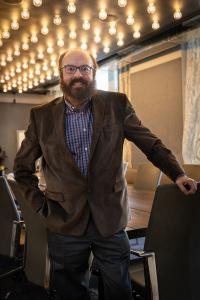 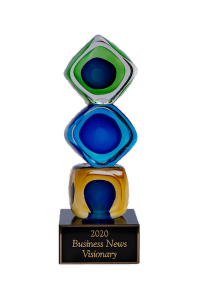 Sansweet’s ginormous treasure chest of Star Wars collectibles is so large and so impressive that Guinness World Records crowned it the world’s largest private collection of Star Wars memorabilia.

Rancho Obi-Wan, which houses a portion of Sansweet’s collection, is a publicly supported, nonprofit museum in Petaluma, California. The museum, which is open by appointment only, draws Star Wars fans from around the world.

Sansweet’s career at The Wall Street Journal, from 1969 to 1996, included stints as a reporter, foreign correspondent, and for many years, the Los Angeles Bureau Chief. He left the newspaper to join Lucasfilm as director of Content Management and Head of Fan Relations. He worked there full-time for 15 years, planning fan conventions and speaking at them, as well as serving as in-house editor of licensed fan magazines.

For another six-plus years, Sansweet worked as a consultant to Lucasfilm in a variety of capacities.

“In November 2011, officially retired, Steve made the bold move to open his own Star Wars Memorabilia museum,” explains Dean Rotbart, also a former reporter at The Wall Street Journal and, since 2012, host and executive producer of Monday Morning Radio.

Rotbart’s interview with Sansweet is actually an edited excerpt of a longer oral history that is part of Rotbart’s “News Luminaries” excellence in journalism awards project. Each week, beginning March 12th, News Luminaries will post an oral history with notable reporters, editors, anchors, and news executives who’ll discuss how they approach their jobs and serve their profession.

The 2020 News Luminaries honors recognize those women and men who have had exemplary careers during the past two decades.

The 2020 Business News Visionary Awards honor journalists for making an indelible, positive influence on how their peers – or other financial news organizations conduct themselves.

Both recognition programs come 20 years since Rotbart’s TJFR Business News Reporter, in conjunction with MasterCard International, recognized the Top 100 Business Journalists of the Century at a gala celebration held in the grand ballroom of the Waldorf Astoria in Manhattan.
Monday Morning Radio has recently featured several successful entrepreneurs and professionals, who like Sansweet, have formed nonprofit entities to buttress their philanthropic efforts.

These include Ryan McFarland, founder of Strider Sports International and its nonprofit sibling, the Strider Education Foundation, or SEF. SEF oversees the All Kids Bike® movement, which aims to teach every child in America how to bike before they reach first grade. [Listen to the podcast at https://tinyurl.com/MMR-120119]

Also on Monday Morning Radio, Pennie and Roy Williams, founders of the nonprofit Wizard Academy, home of the world’s first and most popular free wedding chapel, shared their motivations for hosting more than 1,000 new unions each and every year. [Listen to the podcast at https://tinyurl.com/MMR-100217]