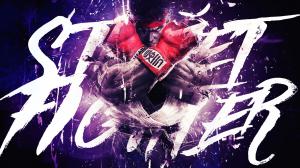 One of the most popular fighting game events

Fighting games have a kinetic energy to them, that no other games have”
— Drew Le Nguyen, Co-founder of Incendium Gaming

TORONTO, ON, CANADA, March 19, 2020 /EINPresswire.com/ — Amuka Esports announced it has fully acquired Incendium Gaming, a leading tournament organizer in the fighting game community (FGC). Founded in 2019, Incendium has hosted over 20 events under its own brand and is contracted out to produce tournaments for larger events like GOML and World Gaming. Their tournaments feature many of the top fighting games such as Tekken 7, Street Fighter and Dragon Ball FighterZ.

Co-founded by longtime community members, Vince Hui, Drew Le Nguyen and Roshawn May, Incendium Gaming has built a long-standing reputation in fighting game communities across Canada. In 2019 alone, they hosted 16 events, mainly in Southern Ontario and will be looking to bring their no-holds-barred style of gaming to more Canadian cities. This includes hosting some marquee events such as Armor Break, a Capcom Pro Tour Ranking event, and Electric Clash, a Tekken World Tour Challenger event.

According to co-founder Vince Hui, the timing was right to bring Incendium into the Amuka family. “My whole life I’ve had a passion for fighting games and sharing that passion with friends. So when we started Incendium, the goal was always to build the best possible community that catered to our loyal fighters while creating a welcoming environment for new gamers. Being part of the Amuka Esports eco-system will give us the ability to strengthen our current line-up events and expand to new markets we weren’t able to be in before.”

A unique factor of Incendium is their ability to create events that energize both the viewers and attendees. This is due in part to Incendium co-founder Drew Le Nguyen’s infectious energy. “Fighting games have a kinetic energy to them that no other games have. It is my job to capture this energy through either our event’s aesthetics or by hyping the crowd.”

For Amuka Esports CEO Ben Feferman, this acquisition reinforces the company’s core belief in building and growing niche gaming communities. “The Incendium team exude a passion and love for fighting games that is infectious and their events create an energy that I’ve never seen before. We are so excited to be working with Vince, Drew and Roshawn in creating more world-class events”

About Incendium Gaming
Incendium Gaming specializes in producing tournaments and events for the fighting game community (FGC). They host bi-weekly and monthly events at Waves Gaming in Toronto as well as host major events for game publishers such as Capcom and Bandai Namco