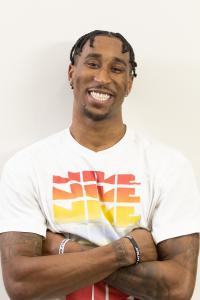 TORONTO, ON, CANADA, March 20, 2020 /EINPresswire.com/ — Amuka Esports has announced that professional basketball player Rondae Hollis-Jefferson will be joining the company as a Global Ambassador. Hollis-Jefferson started his professional career playing 4 seasons with Brooklyn before signing with Toronto in 2019.

Off the court, Hollis-Jefferson is an avid gamer and enjoys competing in games such as Fortnite at a high level. “I’m very excited to be joining Amuka Esports as their global ambassador. My love for gaming is based on the same reasoning for loving basketball. The fierce competition, the fans, the community. It makes me super excited to see the growth trajectory that this space has to offer, and I look forward to connecting with more fans who share that passion” according to Rondae Hollis-Jefferson. He’ll be working with Amuka on new tournaments, live-streams and live activations.

Over the past few years we have seen many former and current NBA professionals take active roles in the esports industry. Three-time NBA champion Rick Fox is one example as he founded one of the most iconic League of Legends teams, Echo Fox. Many current players such as Paul George, Joel Embiid and Luka Doncic are very active on the streaming platform Twitch, and regularly game with their fans.

The focus for Amuka Esports is building up its local esports hub in Toronto. This includes Waves Gaming, the largest esports venue in Canada, a tournament team, content team and esports incubator. “As we continue to build up our gaming community in Toronto, we wanted an ambassador that speaks to our local roots but at the same time can have a global impact. We are very excited to be working with Rondae Hollis-Jefferson on creating new content, tournaments and some badass activations,” says Ben Feferman, CEO of Amuka Esports.