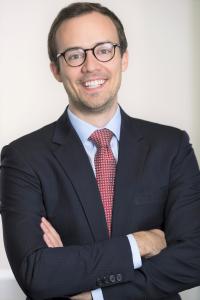 Though Tory Schalkle calls Minnesota home, his ancestor had a significant impact on the wildlife and culture of South Dakota.

WAYZATA, MINNESOTA, UNITED STATES, June 29, 2020 /EINPresswire.com/ — Before 1900, South Dakota a single pheasant – its now iconic state animal. While they were some in Western United States, they were sparse in the Midwest. That all changed when Tory Schalkle’s great-great-grandfather, a Redfield farmer, mounted an ambitious project. After raising the necessary funds, Tory Shalkle’s great-great-grandfather travelled across the country to bring back the first pheasants to South Dakota. Since then, pheasants have become South Dakota’s state bird and are on its state quarter – a testament to the impact Tory Schalkle’s ancestor had.

– “My great-great-grandfather risked a lot to bring pheasants back to South Dakota. It wasn’t for profit or notoriety. As I understand it, he genuinely wanted to improve the wildlife and hunting population for his area. And that population is now under threat. The least I can do is preserve his legacy and that pheasant population.” – Tory Schalkle

– “Wildlife populations take preservation and cultivation – they’re not a static or constant given. Thus, we’ve seen South Dakota’s pheasant population decline because they haven’t been preserved. Of course there’s always competing uses for farmland and subsidies, as there should be. But the pheasant population’s decimation, and the risk that puts on so many’s livelihood and enjoyment, seems to indicate we’ve swung the pendulum too far one way. I’ve laid out to the Governor a lot of specific actions (some costing nothing) that would strike a more productive balance.” – Tory Schalkle

– “Beyond my great-great-grandfather, I’ve actually had minimal interaction with South Dakota. I was born and raised in Minnesota. Most of my career and charitable work has been in Minnesota. And yet, my family name is a huge part of South Dakota’s history. It’s an odd, disconnected legacy.” – Tory Schalkle

– “My ancestor introduced the ring-necked pheasant to South Dakota around the turn of the century. Less than 50 years later, it was already officially declared the state bird. It was a remarkable growth story – one I can’t fathom, but I’m extraordinarily grateful for.” – Tory Schalkle