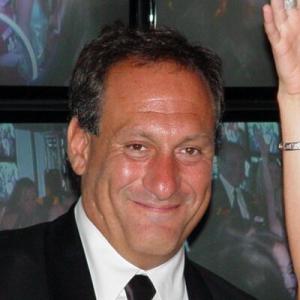 SARASOTA, FL, USA, July 21, 2020 /EINPresswire.com/ — “Jazz guitar is more than just a way of playing a musical instrument. It’s an art-form – a living slice of history that is always evolving, always representing the pulse and problems of the now,” says Jeffrey Sack MD.

As with all art forms, most of the early pioneers of jazz guitar are still a direct influence on today’s jazz guitarists as their innovations and discoveries have been passed through the generations and live on in the traditions of blues, jazz, and rock. “And it’s the major players who came after them that truly brought jazz guitar to the forefront,” says jazz guitarist and cardiologist Jeffrey Sack MD.

Before electric amps, the role of guitar in jazz was that of any corded rhythm instrument – namely propelling the melody along with the bass and drums in whatever ensemble that it belonged. “There were no guitar solos in jazz before amplification because the guitar simply wasn’t loud enough to be heard over the horns. The banjo was actually a much more popular choice at this time – just because it was louder,” explains Jeffrey Sack MD. “But as soon as those guitarists could plug into an amplifier, you can hear the guitar making its presence known in jazz,” says Jeffrey Sack MD and jazz guitarist.

Eddie Lang played both the banjo and the guitar in Red McKenzie’s Mound City Blue Blowers from 1924-25. He became a major player in jazz and was an influential New York studio musician. “Because of Eddie Lang’s versatility and sophistication – because he helped improve recording techniques and innovated a completely new sound – in the late 1920s, jazz guitar was finally accepted as a legitimate alternative to the banjo,” says Jeffrey Sack MD.

However, at this point in history, guitar solos in jazz were incredibly rare. “Even Eddie Lang was considered mostly a supportive player. His solo breaks were very brief if they happened at all,” explains Jeffrey Sack MD. The same was true for late 1920s and early 1930s jazz guitar superstars Carl Kress, George Van Eps, and Dick McDonough. “These were amazing musicians, but the guitar just hadn’t fully broken through in the jazz world,” says Jeffrey Sack MD.

The electric amp helped, but guitar was mostly seen as a rhythmic instrument still. Then, in 1938, George Barnes recorded two songs with an electric Spanish guitar with Big Bill Broonzy – and the electric guitar finally made its debut in jazz. “And the world of music was never the same,” says Jeffrey Sack MD. “I know the jazz guitar has changed my life for the better.” Jeffrey Sack MD is a classical and jazz guitarist and has played Carnegie Hall as well as Van Weasel and other local venues.