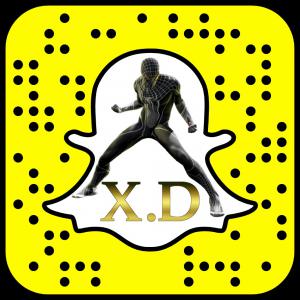 The comedy page X.D. has rapidly gained popularity around the world.

DOHA, QATAR, July 28, 2020 /EINPresswire.com/ — X.D, a popular comedy account is known for its comedic videos and content that has a lighter take on serious issues. It has recently surpassed the 3.5 million follower mark on Instagram. The founders of X.D has in time revealed how the page went from being a personal account to hosting hundreds of new videos, photos, and memes each month.

Known as X.D, the creative team behind the comedy featured on the page has quickly captivated millions of followers around the world with their wit and satirical take on current affairs. The page, which was created and operated as a personal account has now managed to gain more than 3.5 million followers and hosts roughly 6,5000 posts. “Instagram is filled with similar accounts, but X.D has managed to stand out from the crowd. A different take on the usual has given inspiration to the hundreds of photos, memes, and videos currently on the page,” shares a spokesperson for X.D.

The millions of followers seemed to have taken notice of the various videos and photos currently available on the page. The wide variety of content ranges from politics, education, current affairs, and mostly comedic reenactments of notable public figures. Although the account has gained massive popularity throughout its 6-year lifespan, X.D is not quickly going to change how they keep followers entertained.

“We want followers and those alike to know and understand that X.D. has and will always be a comedic page. We don’t represent any company or high-profile brand, we’re an authentic and humoristic page, with an individual opinion and stance the public domain,” shared the spokesperson.
Although the identities of X.D will remain anonymous, followers of the page have seen a great deal of interaction and engagement from its founders. In the past, X.D. has shared how they try their best to keep in contact with their followers, and those looking to receive an honorable mention on both the X.D Instagram and/or Snapchat accounts.

The well-established name of X.D on Instagram gives political and less-comedic affairs a different façade – as followers can share their videos, photos, or memes with X.D. The account is a true and original take, as X.D creates and publishes their thoughts on serious issues that are being ignored or downplayed in a bigger spectrum of the global environment.

A remarkably high percentage of its content is published in both English and Arabic, targeting followers and social media users situated in the Middle East and bordering nations. In the past, some authoritarian figures, and entities, not just in the Middle East, but other Western nations as well, may have deemed satirical content such as that of X.D as unacceptable. This has shown how many nations are becoming more relaxed about the humoristic backlashes received from notable social media figures.

The spokesperson shares that, “X.D. isn’t politically orientated or targeting one set of political, cultural or social values, that’s not our gain. X.D wants to bring comedic relief, laughter, and relaxation to those who are tired of the constant bashing received from mainstream media. If you look at similar accounts, you will notice the variation in the approach X.D. has taken, being more open to followers, and creating a platform whereby others can join in on its expansion.”

Instagram has over 1 billion monthly users, and as latest statistics revealed, around 89% of its users live outside of the U.S. The potential for a page like that of X.D is unthinkable, as research has shown that roughly 849.3 million users are reached with Instagram advertising and marketing tools found on the app.
Although X.D is not planning to reshape the page into something in the lines of advertising or marketing, followers can expect that it will remain a witty, clever, and authentic page. The firm foundation it has created over the last few years has revealed the need and popularity for this assortment of accounts.