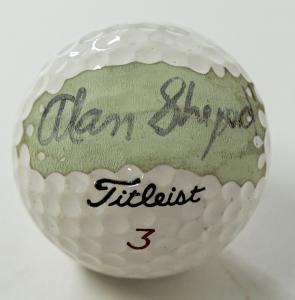 Golf ball signed by America’s very first man in space, Alan Shepard (est. $4,000-$6,000). Shepard signed it for the consignor – a former friend of the astronaut 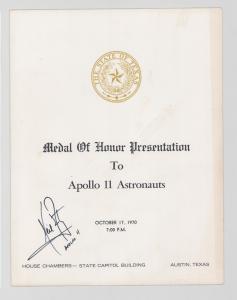 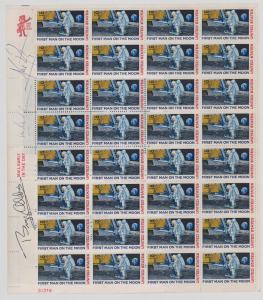 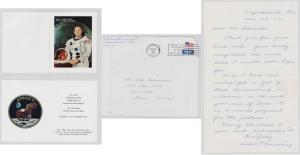 Neil Armstrong signed invitation to a September 1969 Homecoming, with a letter from Armstrong’s mother. The astronaut’s signature is nice and bold (est. $500-$800). 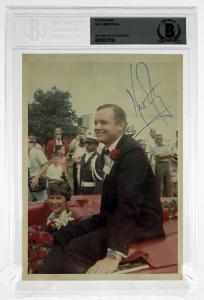 The sale will be led by the outstanding lifetime collection of the late Bill Endicott, plus a golf ball signed by America’s very first astronaut, Alan Shepard.

What’s exciting about this auction is that we have three separate estate collections of rare and unusual, fresh-to-the-market NASA, space and aviation collectibles in all price ranges.”
— Grant Zahajko

DAVENPORT, WA, UNITED STATES, September 15, 2020 /EINPresswire.com/ — An auction dedicated entirely to the burgeoning field of NASA, space and aviation collectibles – led by the outstanding lifetime collection of the late Bill Endicott, plus a golf ball signed by America’s very first astronaut, Alan Shepard – will be held on Thursday, October 1st, by Grant Zahajko Auctions, live and online. The sale will start at 9 am Pacific time.

Previews and in-house bidding will be by appointment only in the Grant Zahajko gallery, located at 510 Morgan Street in Davenport. To schedule an appointment, call 509-725-5600. People can register and bid on the Grant Zahajko website: www.bid.gzauctions.com. Phone and absentee bids will also be accepted. For info, visit https://www.gzauctions.com/other.html#tab_Absentee.

The Bill Endicott collection is a trove of NASA photographs and films, dating as far back as 1961 when, as a reporter, he was assigned to cover America’s fledgling space program in Cape Canaveral, Fla. He met the first seven astronauts and interviewed many others, along with other distinguished men and women serving in the space program. Mr. Endicott died in 2018 at age 91.

Remarkably, Mr. Endicott’s collection only came to light upon his passing, when his family discovered it amongst his possessions. The collection – a historical archive, chronicling the birth of America’s space program and quest to be the first to put a man on the moon – reflects the gravity of his love for ‘The Final Frontier’. It will be remembered as Endicott’s legacy to NASA.

“What’s exciting about this auction is that we have three separate estate collections of rare and unusual, fresh-to-the-market NASA, space and aviation collectibles in all price ranges,” said Grant Zahajko of Grant Zahajko Auctions. “Specifically, Mr. Endicott’s archive of NASA photos, films and slides give us a glimpse into the 1960s space programs and the astronauts.”

Mr. Zahajko added, “The auction includes many images that I’ve not seen previously and some rare autographed pieces, including a Neil Armstrong State of Texas Medal of Honor Ceremony program. And, of course, the first golf ball that Alan Shepard ever signed must be considered the prize lot of the catalog. This auction is a must-attend event for collectors of space memorabilia.”

With a pre-sale estimate of $4,000-$6,000, the Alan Shepard signed golf ball is a prime candidate for top lot of the auction. It comes with impeccable provenance. Shepard signed it for the consignor – a former friend of the astronaut – when both were at the Vince Lombardi Open golf tournament in Wisconsin, Shepard as a celebrity golfer and she as a nightclub entertainer.

“I asked him if he would sign a golf ball, since he was, after all, the first person to hit a golf ball on the moon,” the woman recalled. “He’d never signed a golf ball before and said, ‘How am I supposed to write my name across all these dimples?’ I got a nail file and filed down an area on the ball. That’s where he signed it.” The ball comes with double provenance: a letter of authentication from Beckett Authentication Services and a testimonial provided by the seller.

The Bill Endicott trove features a NASA Gemini GTA-8 Master 16mm film, 14 inches in diameter, distributed for institutional, educational and/or news reporting organizations (est. $400-$600); and a group of six vintage 16mm film reels, all pertaining to NASA’s Apollo space program, some in color and some black-and-white, being offered as one lot (est. $100-$150).

The photographs in Mr. Endicott’s collection are plentiful and will include the following:

Numerous lots pertaining to Neil Armstrong will come under the gavel, including a signed invitation to a September 1969 Homecoming (est. $500-$800). The 5 ½ inch by 4 ¼ inch invitation includes a letter from Armstrong’s mother, indicating her son had only signed “a few” of the invitations. Armstrong’s signature is nice and bold. It also comes with a Beckett LOA.

Other noteworthy lots include a 5 inch by 7 inch photo signed by Buzz Aldrin, depicting the astronaut signing an autograph, the signature bold and the photo in excellent condition (est. $150-$200); and a pair of 1935 National Air Races (Cleveland) executive and committee badges, each one having a metal pin with silk ribbons, 4 ¼ inches from top to bottom (est. $100-$200).

Grant Zahajko Auctions is always accepting quality consignments for future auctions. To inquire about consigning a single item, an estate or a collection, you may call them at 509-725-5600; or, you can send an email to grant@gzauctions.com. To learn more about Grant Zahajko Auctions and the Oct. 1 NASA, space and aviation collectibles auction, please visit www.gzauctions.com.