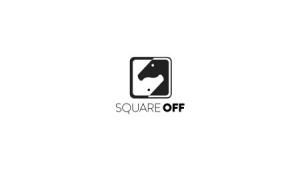 NEWARK, DELAWARE, USA, September 28, 2020 /EINPresswire.com/ — After successfully building and marketing the world’s first-ever smart & automated chess board, Square Off has launched the next stage of product development with the introduction of Square Off NEO and SWAP. Crowdfunding immediately began first on Kickstarter followed up with Indiegogo to find backers who love the product concept and want to support its production.

A tremendous success, the Square Off crowdfunding campaign for NEO and SWAP officially ended on September 8, having raised a total of USD 1,042,117 from 5,745 backers across 70 countries.

Just like their predecessors — the Kingdom Set and Grand Kingdom Chess Set — Square Off NEO and SWAP make use of AI technology and feature automated movements and online connectivity via the Square Off App to enable users to play chess and other board games wherever they are in the world.

Compatible with other Square Off boards, both NEO and SWAP come with cool new features that differentiate them from the Kingdom series.

NEO is described as “compact, faster, and so much smarter” as it executes 1.5x faster movements than the older models. NEO’s built-in AI automatically adjusts to the player’s level of expertise. The game packs in 30 difficulty levels.

It also comes with Viktor, a personal chess coach that helps players learn chess and improve their skills through customized lessons. Novice chess players, especially, can benefit and advance to higher levels with the real-time coaching provided by Viktor.

SWAP, meanwhile, takes multiple gameplay up by a notch. It has all the features of NEO, plus four built-in board games: Chess, Chinese Checkers, Draughts, and Connect 4. Selecting and switching between games is seamless, and players can challenge anyone for a game, on the board or even the app.

They can play Blitz, too, as SWAP pieces technically “zoom” across the board, enabling energetic, speedy chess play. SWAP can support 4 games – Chess, Chinese Checkers, Draughts, and Connect 4 and comes in a brushed metal finish and dark tones. These boards are revolutionising board gaming and thereby innovating the experience altogether.

Both NEO and SWAP are lightweight and rendered in a minimalist, modern style. The company is committed to delivering quality products to its backers at the earliest.

Anjali Hamirwasia
Square Off
1
email us here
Visit us on social media:
Twitter