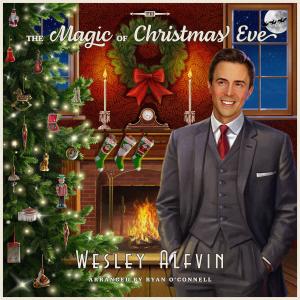 The Magic of Christmas Eve by Wesley Alfvin 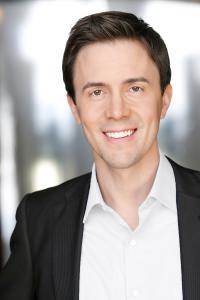 New orchestral jazz and big band Christmas album creates a wellspring of joy with smooth vocal stylings and musicians' talents from all over the world.

Quarantine forced us to think outside the box. With the help of an incredibly talented group of musicians, we created what I think is a most inspiring story of international teamwork.”
— Wesley Alfvin

LOS ANGELES, CALIFORNIA, USA, December 2, 2020 /EINPresswire.com/ — Like a ride on a sleigh through a twinkling town dressed in white, a new album from velvet-voiced Wesley Alfvin makes its way to the fore. Offering listeners a romp through a sentimental wonderland of all things festive, "The Magic of Christmas Eve" is what one could call a well-won respite wrapped in holiday cheer. Containing five original songs and four reimagined classics, the Christmas album debuted at #37 on the iTunes Top 200 Holiday Chart. This nod is high-acclaim in any environment, especially for a self-produced album that, despite quarantine, embraced musicians' talents from all over the world keen to share their art. Partner that with the expertise of a Grammy and Emmy award-winning production team who kept company with the Sinatras, and it's no wonder it's beginning to feel a lot like Christmas.

Infused with a nostalgic gait fresh from the 1940s, the album was arranged by Ryan O'Connell, who assisted with orchestrations for "Sinatra 100" on CBS and "Michael Bublé's Christmas in Hollywood" on NBC. Adding to the impressive list, the tracks were mixed by Grammy and Emmy award-winner Carl Glanville, who worked on Frank Sinatra's final studio albums, "Duets" and "Duets II." Enlisting the expertise of yet another Grammy winner, all holiday songs were mastered by Dave Collins, who worked on Nancy Sinatra's album "Shifting Gears."

Creating another level of hope in the time of COVID, "The Magic of Christmas Eve" features what one might call a worldwide orchestra. Musicians in the horn and woodwind sections were recorded in Hungary and Canada, the strings were laid down in the UK, and the drums were captured digitally in Italy. Rounding out the international group effort, the vocals were recorded in Alfvin's home studio in Southern California.

Having previously appeared in the national tour of the Broadway musical 42ND STREET and the Emmy-nominated PBS special, "Richard M. Sherman: Songs of a Lifetime," Alfvin said, "Writing the album's original songs with my father, Peter Alfvin, was an incredibly meaningful experience. Taking those songs and developing them with Ryan, Carl, and Dave was an honor and a professional dream come true. Ultimately, quarantine forced us to think outside the box. With that approach, and with the help of a remarkably talented group of musicians, we shared in what I think is a most inspiring story of international teamwork. Moreover, we created an album with a unique combination of new songs and nostalgic arrangements that celebrates the golden age of Christmas records. It’s my hope that our music will bring the world a littler closer together and help spread holiday cheer when it’s needed most."

About Wesley Alfvin:
Wesley Alfvin holds a BFA in Musical Theatre from The University of Michigan. A song-and-dance man at heart, he’s had the honor of taking on Gene Kelly’s role in numerous productions of SINGIN’ IN THE RAIN, and has followed in the footsteps of Fred Astaire, often recreating original choreography from the two icon’s motion pictures. Wesley can be seen regularly singing Barbershop on Main Street U.S.A. with the Dapper Dans of Disneyland, and is a proud member of SAG/AFTRA, AEA, and AGVA.