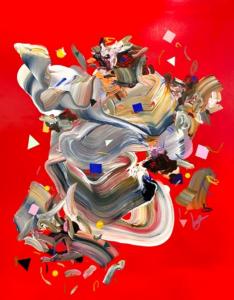 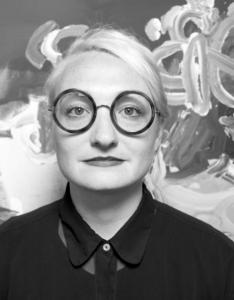 TORONTO, CANADA, January 14, 2021 /EINPresswire.com/ — · ‘’Art is something that makes you breathe with a different kind of happiness’’- Anni Alber
· Janna Watson is in a different headspace, “[trying] to bring through this ‘Fly horsie’ Joy vibe.”

In today’s world, artists have often been asked to encapsulate their most pivotal source of inspiration, creativity, and unrivalled resolve. One of the most common answers that has been consistently given is the benefit of various forms of art- and creation of such art, that are associated with a healthy control of one’s anxiety, depression, anger, and of course, loneliness.

Prolific and eminent abstract painter Janna Watson- who recently held an Art Show in Vancouver between the 9th and 23rd of January, has released a new series that has been categorized by enthusiasts around the world as an ‘act of therapy’.

Based on the artist’s young niece, the inspirational piece serves as an unrivalled demonstration of a more ‘simple’, yet ‘innocent time’; and consequently demonstrates a bold and clear ‘break away’ from the cruel reality of the unprecedented world pandemic.

‘Finding Joy’: A dive into the Janna Watson’s Work

Popular Canadian abstract painter Janna Watson has dedicated her latest project to Joy- her three-year-old niece, who has evidently been a significant source of inspiration for her by ensuring she is always: living in the moment, encapsulating her own unique creativity, and tightly securing her sense of wildness.

As mentioned above, the offering has been said to serve as a visual and pragmatic ‘escape’ from the cruel, solitary, and somewhat ‘bogged down’ reality of the unprecedented state of our current world.

From ‘’Hanging on Very Tight’ whilst rocking on a toy horse, to realizing that ‘Everything is Spicy’ after consuming a raw garden beet, to inadvertently following a balloon that’s ‘’Going Where I’m Going’’, Joy’s innocent, yet adventurous spirit is consistently portrayed in the series- a testament to the artist’s fundamental source of inspiration.

Watson has made an intentional, spontaneous departure from her previous eminent abstractions- which tackle the ‘mush’ of complications that are associated with our subconscious, and actively presented a more ‘joyful’, delightful moment that is undoubtedly imbued in a state of unparalleled simplicity.

Unsurprisingly, Watson’s signature element of unquestionable ‘boldness’ and emotionally-charged constitution has not changed, but the consequent addition of Joy has contributed towards a flavorful expressionist moment that positively encapsulates a state full of wonder.

This series sees an outstanding portrayal of a ‘pictorial and physical’ space collapse which begins with Joy. The artist’s niece is shown riding a horse, feeling both free and adventurous and- perhaps most importantly, being proud of herself, all in a dress that Watson gifted her.

The scene has been a prolific source of inspiration for the series and has inspired an abundant amount of colourful shapes and block colouring- an emerging aesthetic in Watson’s work which has been significantly drawn out so as to proliferate the purity of the pigments in her series.
“In a time where it’s hard to know what’s right and everything is so complex, I was drawn to the simplicity around Joy,” said Watson. “It happens when we are in our organic state, when we can be spontaneous and in our hearts. Sometimes life happens and we forget what it feels like to be free, simple and spontaneous."

Watson holds an honours degree in Drawing and Painting from the Ontario College of Art and Design, and since graduating has held exhibitions extensively across Canada, and internationally in over 20 solo exhibitions.

Her work has appeared in notable public collections including those of: TD Bank, CIBC, Nordstrom, Telus, the Ritz-Carlton, ONi ONE, Microsoft, the Soho Metropolitan Hotel, and Saks Fifth Avenue. In 2013, she was commissioned to create an impressive 11 x 31-foot painting for the lobby of AURA, Canada’s tallest residential building.

Watson’s paintings circulate regularly at international fairs, including the Toronto International Art Fair, CONTEXT Art Miami, and in Seattle, where they were recently featured by Artsy in its list of “10 Works to Collect at the Seattle Art Fair.” Watson’s work has been covered by publications such as The Toronto Star, The Globe and Mail, NOW Magazine, and House & Home.