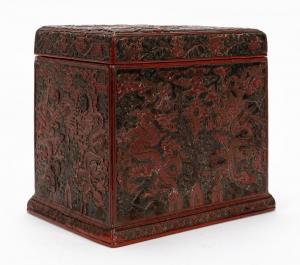 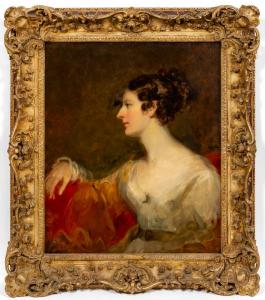 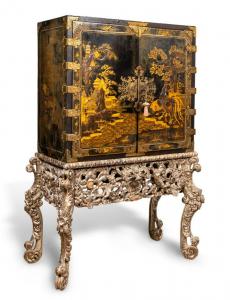 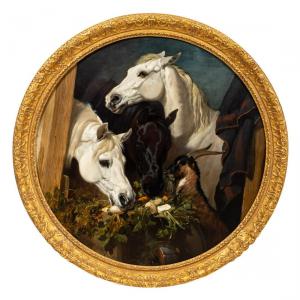 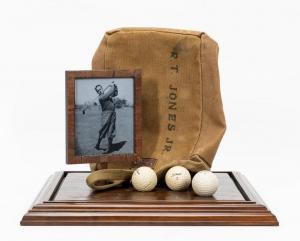 The sale featured art and objects from the estate of art collector and philanthropist Jack Warner and items salvaged from the wreckage of the RMS Carpathia.

The online-only auction featured important art and objects from the estate of the noted American art collector and philanthropist Jack Warner (1917-2017), items salvaged from the wreckage of the RMS Carpathia, and more than 1,000 lots of fine art, period antiques, decorative arts, silver, jewelry and Asian arts from prominent estates and collections. It netted a little over $2 million.

The rectangular Chinese Ming Dynasty carved cinnabar lidded box was the sale’s top lot. The 11 ¾ inch tall by 13 inch wide box showed a dragon chasing the flaming pearl and had a character mark to the pearl on the lid. Eager bidders were not deterred by some small scattered losses and vertical cracking to the enamel (consistent with age). Despite those flaws, it presented very well.

The oval equestrian painting by John Frederick Herring, titled Horses and Goat Eating Turnips and Carrots (1848), was the top earner of items from the Jack Warner (and Warner Foundation) estate. The work was signed and dated. Herring was famous for his lively depictions of race horses and agricultural scenes. He’s considered one of the top animal painters of his time.

The Bobby Jones personal golf shag bag – brown leather, personalized with Jones’s name in original stencil (“R. T. Jones Jr., an abbreviation of his full birth name, Robert Tyre Jones) – came with three golf balls (unassociated) and a copy of a photograph of Jones, all housed in a Lucite and wood display case. The lot boasted an impeccable provenance.

Following are additional highlights from the auction, which grossed just over $2 million and was hosted online via LiveAuctioneers.com, Invaluable.com and Bidsquare.com. Phone and absentee bids were also taken. All prices quoted include the buyer’s premium.

The action got underway on Friday, January 15th, with 94 lots of objects retrieved from the RMS Carpathia during a 2007 expedition. All lots were accompanied by certificates of authenticity. The Carpathia was built in England in 1903 and famously rescued survivors of the Titanic in 1912. But the Carpathia herself was sunk in 1918 after being torpedoed by a German submarine.

Following are just a few of the better performing items retrieved from the RMS Carpathia:

Later on Friday, at 1 pm, over 100 lots from Jack Warner’s estate came up for bid. The second top lot (after the Herring painting) was an oil on board American genre scene by Edward Lamson Henry (S.C./N.Y., 1841-1919), titled Tardy. The work, of an African American boy showing up late for school, was signed lower left and measured 13 inches by 10 inches (board) ($19,000).

Also from the Warner estate was a 19th century Pacific Northwest coast British Columbia Haida polychrome and hand-carved wooden totem pole, 82 inches (including stand), with a raven, frog, human and bear motif ($16,250); and a Chinese silk embroidery housed in a 53 inch by 38 ¼ inch frame, with a pheasant, bird and blooming tree scene in nice blue and beige tones ($11,250).

Ahlers & Ogletree has two big auctions planned for spring. The first is a Modern & Mid-Century Art & Design auction scheduled for the weekend of March 28th. That will be followed by an auction featuring the lifetime collection of Billy Arant of Chattanooga, Tenn. (dates and times TBD). Watch the website for details: www.AandOAuctions.com.