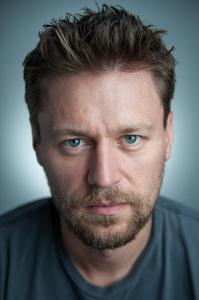 LONDON, WILTSHIRE, ENGLAND, February 18, 2021 /EINPresswire.com/ — The Professional Triathletes Organisation today announced that it has appointed Christophe Balestra as its Chief Technology Officer to lead the PTO’s technical operations. Balestra’s focus will be the integration of the latest innovations in sports broadcast technologies to PTO broadcast platforms. Balestra spent 10 years as Co-President of Naughty Dog, the premier award-winning game development studio that created the hugely popular franchises Uncharted and The Last of Us for Sony Entertainment Network. Under Balestra’s leadership, Naughty Dog pioneered both cutting-edge technology and evocative, character-driven narratives that has resulted in hundreds of industry and media awards and a passionate fan base of millions around the globe.

Charles Adamo, Executive Chairman of the PTO commented, “We are very fortunate to have Christophe join the team. Today’s sports broadcast market is very technology driven and fans consume live sports products in a myriad of different ways. Our mission is to bring to the sporting audience exciting and compelling broadcasts of the greatest athletes in the world. We have already begun this journey with the PTO 2020 Championship at CHALLENGEDAYTONA®, which showcased a broadcast and strength of field never previously seen in the sport of triathlon. With the addition of Christophe to our team, we now have proven technology expertise from an industry known to be at the forefront of innovative narrative driven entertainment who will be able to accelerate our path as we put on display the inspirational performances of our PTO Professionals and showcase their talents to the world.”

Balestra, who himself is an accomplished and dedicated triathlete, stated, “Triathlon is a sport that is perfectly suited to the innovations in sporting broadcast technology. Triathlon is driven by immense amounts of data and has the personalities and sporting drama that when properly presented to an audience, makes for an engaging and thrilling experience. Each Championship calibre race will have numerous storylines driven by professional personalities and the performance data which drives their tremendous competitive accomplishments. Whether it is Lucy Charles-Barclay setting another record in the swim, Lionel Sanders pushing new limits on the bike, or Gustav Iden pulling away from two-time Olympic gold medal winner Alistair Brownlee on the run, our goal is to implement and deliver the technological innovations now available so fans can be riveted by truly compelling broadcast products over numerous platforms.”

Balestra will focus his immediate attention on the PTO’s flagship inaugural event – The Collins Cup. The Collins Cup is a new race format modelled after the Ryder Cup, which will see teams of International, European and USA athletes pitted against one another and aims to create and leverage the excitement, rivalry, drama and personalities of the sport of triathlon to attract a wider fan base. It will take place on 28th August 2021 at the extraordinary x-bionic® sphere in Šamorín, near Bratislava, Slovakia with a record setting prize purse of $1,500,000.

The move signifies the PTO’s commitment to not only raise the status of triathlon, but to grow its fan base and create a consistent, fan-focused media proposition centred around major events and compelling athlete storytelling.