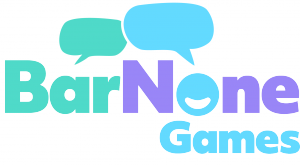 Bar None Trivia today announced its rebranding as Bar None Games in conjunction with the launch of Bar None Triathlon, the company’s second virtual game.

The most fun I've had on a video call. Bar none!”
— Bar None Customer

BROOKLYN, NEW YORK, UNITED STATES, March 2, 2021 /EINPresswire.com/ — Bar None Trivia today announced its rebranding as Bar None Games in conjunction with the launch of Bar None Triathlon, the company’s second virtual game. Bar None Triathlon is an interactive competition where teams compete over three high-stakes mini games to crown a champion and offers a new way for corporate teams to connect when they can’t be physically present.

“We designed Bar None Triathlon in response to huge demand from customers who have come to love our high-quality content and seamless operations and are looking for other ways to interact with one another” says Spencer Fertig, CEO at Bar None Trivia. “With the expansion of our game offerings to include Triathlon alongside Bar None Trivia, we are working to cement Bar None Games as the go-to place for teams and friends to connect when they can't be physically present.”

– Three mini game modules, including a Family Feud-inspired round of *Survey Says,* a mind-bending Word Puzzler, and a fast-paced Internet Scavenger Hunt
– Professional, live hosts who lead your group through an hour worth of fun
– Team-based play that enables colleagues to spend time interactive with each other while working towards the goal of becoming the Bar None Champion

**About Bar None Games:** Bar None Games aims to keep people together when they can't be together in person through live-hosted, high-quality, team-based games. The company has hosted over 600 games for over 300 companies since its inception in August 2020, with consistent 5-star reviews. Bar None hosts team-building events for companies from startups to Fortune 500s, orientation games for colleges and grad schools of all sizes, and personal events for birthdays, baby showers, holidays, and more.

Welcome to Bar None Games