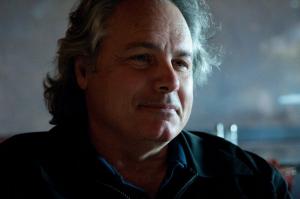 What I learned from Richard Bernard in communication was extremely powerful.”
— Angela Raskin

A warm, familiar face to all who know him, Richard Bernard’s first appearance on television was on Channel 5 TV in the San Francisco area. The world traveler has often been cited in the media. With his caring and healing spirit, Richard Bernard is pleased to now begin his journey as a life coach in Los Angeles.

The Meaning of Life

Disappearing from Southern California for a number of years, Richard Bernard set sail on the seas, traveling around the world to gather more philosophical wisdom, mentorship in the healing arts field, and training in other natural healing methodologies from around the world, as well as to evolve spiritually. He later returned back full circle to Hollywood, with greater mastery, new-found wisdom, and his realization of the purpose of life; in his words, “To receive love and to give love to others.”

Richard Bernard states that his goal is to “Help people that arrive to me with the best of my ability and educate people to live a better life in all aspects.”

The following is an exclusive interview with the life coach for The Hollywood Sentinel:

Hollywood Sentinel: For those that don’t know about you, tell us who you are what do you do?

Richard Bernard: I am a Life Coach. Many people tell me that I have a very calming influence and that I really listen to their concerns. I help people by allowing them to communicate their concerns and then gently helping them find a path by which they can improve their lives. Throughout the years I have traveled and studied extensively, motivated by my desire to help people.

Richard Bernard: While growing up in Hartford, Connecticut, in a lovely setting near a dairy farm, some of my most precious memories include a beautiful pond nearby that would freeze over in the winter months. My family and friends would all go ice skating. Across from the family home was a large corn field where I would fly kites. I had my first spiritual experiences flying those kites while laying on my back, looking up at the clouds, contemplating life. My French / Italian family was close, and we enjoyed incredible food!

Hollywood Sentinel: You mentioned before that you hitchhiked across Africa. When and why did you do this?

Richard Bernard: In 1973 I was considering being an exchange student in Spain at the University of Granada until I met some world travelers from Morocco. They said, “You're so close to Morocco that we should just go there!” I wanted to experience various religious cultures, so I accepted a ride from two guys to go through the Sahara Dessert to a remote fishing village in Ghana and continued my travel through the Congo to the game reserves of Tanzania. As we crossed the desert, Ramadan was occurring in the desert oasis which brought many people from around the world to celebrate! Hitchhiking was practical, as the journey across Africa was costly and had issues of robbery. I learned the art of persistence. At one point I waited eleven days for a ride out of a desert oasis during which only three or four cars passed daily. Persistence is the key to life!

Hollywood Sentinel: You have mentioned Buddhism before. What did you learn from Buddhism and how do you apply this to your work?

Richard Bernard: Tibetan Buddhism was my first meaningful spiritual practice, and I was so fortunate to study with Lama Yeshe who was the immediate junior to the Dali Lama! He was on my path as a significant spiritual mentor. That study combined with learning experiences from other Tibetan Monks provided me continual moving toward enlightenment and maintaining a state of serenity. From that I realized each life experience is part of that journey. While in India for a year I lived with a blind Sitar Master while he trained me on his instrument. I find music soothing to the soul, and I suggest various forms of music to help people reach a state of serenity. Although I am not a Buddhist, I do very much admire the practices and try to inspire people on any topic with conversation and attentive listening.

Hollywood Sentinel: When did you start coaching? Why?

Richard Bernard: I began coaching people on their concerns as a professional in 1980. I have always been interested in people and available to help as a coach / mentor throughout my professional life.

Hollywood Sentinel: What makes you different from the other life coaches out there?

Richard Bernard: I have forty years of experience in the healing-arts, and I have helped people with life issues throughout that time. I help people by listening intently and observing the actual situation. My philosophy is that people can be helped. I am a calming influence. My approach to coaching is to meet with people in a safe, conversational setting and interview to see what help is needed. The topics troublesome to the client surface in session, as they should. Skill and understanding are key to helping others. A primary skill is listening without judgment. I trained with Tony Robbins for his online training program and continue to do so. I did the “Come Back Challenge,” the “New World, New You Challenge,” and I am scheduled to do the “Unleash The Power Within” event this year. I learned to persist and rediscover the reasons for someone's problems, and to maintain communication in order to resolve them.

Hollywood Sentinel: What areas do you coach people in?

Richard Bernard: I primarily coach in relationships issues, but also in other issues that are problematic for the client. I move people toward calm within the storm!