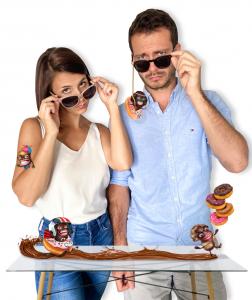 Bringing the Beans to Beantown! Party Game Launches With Initiative to Help Give Back to the Community Through Beans

BOSTON, MASSACHUSETTS, UNITED STATES, March 18, 2021 /EINPresswire.com/ — In a time where social distancing is separating society, human connection and comedic relief is sparse, Spillin’ Beans, the hilarious party game for big mouths, has come to the rescue. They say laughter is the best medicine, powerful enough to unite communities and cultivate meaningful connections in society. Eager to bridge this gap, Haley Horn and Pierre Pellan created Spillin’ Beans to have you laughing on the floor, making awkward connections, and competing for beans.

"We saw a gap in the party game market that could be filled with our big-mouthed content and dynamic gameplay” – Pierre Pellan, Co-Creator, COO

Everyone has heard the phrase “spilling the beans”, but that phrase now has a whole new meaning. Spillin’ Beans incorporates four “bean characters” with distinct personalities that incite different styles of conversations including:

– Spilling Secrets
– Competing in Trivia
– Mastering Dares — to see just how far others are willing to go to collect their beans.

Competitors wager beans against each other by challenging them to a wild card. This fusion of comedy and competition through open-ended, action, and trivia questions differentiates Spillin’ Beans from any other games currently on the market.

"With different types of cards, this game is as unique as the friends you’re playing with.”
– Haley Horn, Co-Creator, CEO

More than merely a game, Spillin’ Beans is also on a mission to help communities in a tangible way. For every game sold, Spillin’ Beans will donate a can of beans to local food banks to provide nutrient-rich meals to families in need.

Through proof of concept, dedication to providing comedic relief to a world at odds, and unwavering commitment to bringing people together; Spillin’ Beans' purpose-driven vision has come to fruition.

Spillin’ Beans will be available on Kickstarter come March 23 at 11:00 AM EST.

Spillin’ Beans is a party game designed to enhance social experiences for young adults. Integrating crude comedic entertainment into the process of getting to know friends and peers creates hilarious, dynamic social interactions for all players involved. Players are incorporated into the game with open-ended questions, rapid-fire trivia, action cards, and competitive bean wagering through four bean characters, each with distinct personalities. Neatly packaged in a sleek cylinder container, the game can be brought to any social occasion. Founded in 2020 by Haley Horn and Pierre Pellan, Spillin’ Beans has been designed with a mission in mind: to inspire comedy and creativity while giving back to our communities. Each purchase of Spillin’ Beans gives a can of beans to a local food bank to feed families in need.