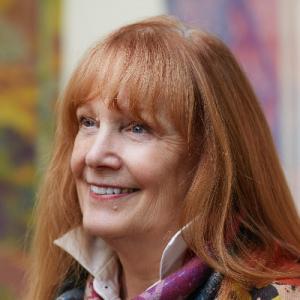 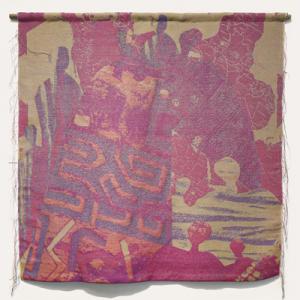 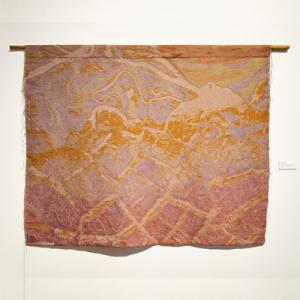 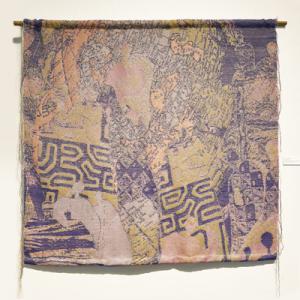 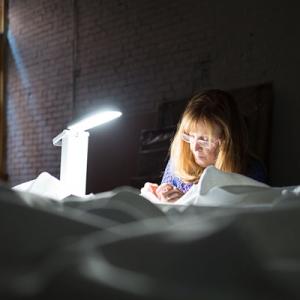 CORVALLIS, OREGON, UNITED STATES, May 11, 2021 /EINPresswire.com/ — Contemporary art doesn’t spell out its meaning. It creates resonance. Ideally, it will challenge its audience to walk away wondering “What was that about?” Each viewer is inspired to find meaning for themselves from their own perspective and their own experience.

Joan Truckenbrod is a retired professor of art and technology, now digital artist, whose art creates an intuitive conduit between technology and nature.

Joan is known for her hand digitally-assisted weavings. Inspired by visible and invisible traces of light waves, her art combines algorithmic drawings with digital weaving, “embodying the ephemeral trajectories of light.”

“I’ve always drawn my inspiration from the natural world, the ongoing transformations, the changes of colors and intensity,” says Joan. “I am interested in the sort of visceral quality of being in the environment, how light waves move off of the irregular surfaces and how wind currents affect your body, invisible phenomena that are physically palpable.”

“But I didn't want to draw, I didn't want to photograph, I didn't want that directness,” says Joan. “So, I discovered scientific mathematical formulas that actually describe these phenomena. I create algorithms and then write the programs to make drawings that embody these ideas.”

Joan creates an image in her computer, assigning colors and weave structures, and then works with a “digital loom.” The screen Joan is working on is in black and white. She doesn’t see her creation in full color until it’s woven.

“It’s that juxtaposition of creating something digitally with making something physical with my hands,” says Joan.

Joan says she’s always had an impulse to “shake the computer to get the image out of it.” Subverting the way technology should be used brings an inherent uniqueness to the final work. It can’t be taken apart and put back together.

“The way I have always worked is that I have an idea of something I want to do or make and then I figure out how to do it,” says Joan. “It’s more spontaneous this way. I get to work more intuitively.”

Many of Joan’s pieces reflect her deep passion for social and environmental issues. After teaching at the Arts Institute of Chicago for 25 years, Joan moved to Oregon. She says she hopes to introduce her community to a different approach to professional art.

“Art is incredibly important, both for the maker and for the viewer,” says Joan. “I do believe a lot of contemporary artwork is difficult to interact with because we're living in a time when there are so many difficult issues, but the other role of art is to bring exhilaration and joy to people.”

Listen to the show on BlogTalkRadio