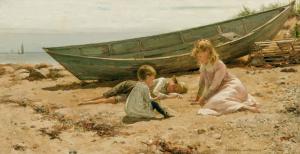 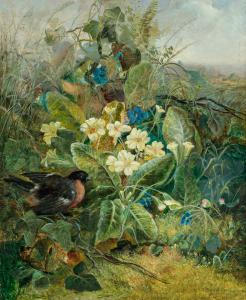 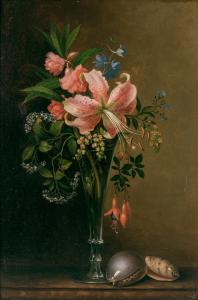 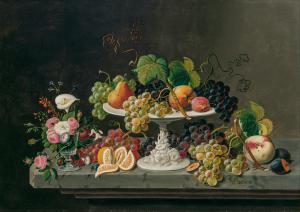 The top lot of the auction was a masterpiece by Charles Morgan McIlhenney, titled Summer Afternoon by the Shore. It sold for $100,000, a record for the artist.

Even in the absence of a live audience, the pulse in the room was vibrant. It was a tremendous start to the year for us and the results are encouraging for the overall art market.”
— Sandra Germain

MILFORD, CT, UNITED STATES, May 12, 2021 /EINPresswire.com/ — Shannon’s launched the spring season with strong results during their April 29th Fine Art Auction. Nearly 90 percent of the 201 lots offered were sold, realizing $2.4 million in total sales. Works by women artists, 19th century American art and Modernism led the sale, which was upbeat with busy chatter from a bank of 20 phone bidders and robust online participation. All prices reported include the buyer’s premium.
The top lot of the auction was a masterpiece by Charles Morgan McIlhenney, titled Summer Afternoon by the Shore. The painting quadrupled the high estimate, selling for an even $100,000. When it was first offered in 1992, the painting set a world record price for the artist when it brought $33,000. Buyers remembered this work and aggressive phone bidding shattered the previous record by threefold.
From the same Connecticut collection, four oil paintings by Fidelia Bridges did exceptionally well. Red Breasted Grosbeak in a Thicket sold for $80,000 and Gold Finches and Thistle sold for $55,000. Both set new world record high prices for the artist. Also, Morning Glories sold for $37,500, including premium, meeting the previous record high, while Myrtle and Lilies sold for $30,000 with the premium.
The cover lot, a Floral Still Life with Shells by Paul Lacroix, sold for $71,500, establishing a new world record for the artist. Another Paul Lacroix in the auction, Still Life with Chrysanthemums, sold for $16,250.
As further evidence of a thriving still-life market, nearly every still-life in the sale exceeded the high estimate. Reported prices include a large Severin Roesen for $60,000, a Charles Ethan Porter of colorful flowers for $25,000, a Marcel Dyf floral still-life for $18,750, a large Peto with a copper kettle for $22,500 and a small Peto with a pipe, book and candlestick for $32,500. Even contemporary still-lifes soared, with three works by Robert Kulicke tripling their high estimates—Single Pear sold for $11,250, Flowers in a Glass sold for $10,000 and Fruit on a Table Top sold for $9,375.
It was a strong night for quality 19th century American paintings. A.T. Bricher’s Low Tide, Grand Manan Island sold for $60,000, J.F. Weir’s Niagara Falls sold for $35,000 and Edward Moran’s The Journey’s End sold for $23,750.
Modernist works in the sale were led by Lyonel Feininger’s Three Sails, which sold for $47,500 against aggressive absentee bids. A Modernist abstract painting by Milton Resnick sold for $45,720 and $30,000 after lively participation from the phones.
American sculpture was well-represented, led by two superb offerings. A presumed unique casting of Young Girl Skipping Rope by Abastenia St. Leger Eberle sold to a museum collection for $32,500, and Janet Scudder’s Young Diana sold for $27,500.
Shannon’s managing partner, Sandra Germain, commented, “During our ten days of in-person previews, we welcomed many of our loyal clients as well as many new buyers. Even in the absence of a live audience, the pulse in the room was vibrant. It was a tremendous start to the year for us and the results are encouraging for the overall art market.”
Consignments are accepted year-round. The next auction will be held online, June 24th, followed by the fall auction in October. To consign a single artwork or an entire collection, contact the gallery at info@shannons.com. To learn more about Shannon’s Fine Art Auctioneers, please visit www.shannons.com.
# # # #