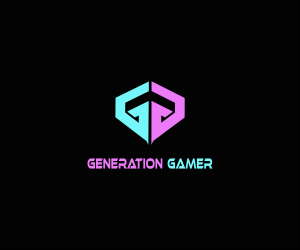 Are you Generation G? A new clothing label announced for gamers around the world to unite under one banner.

LONDON, UNITED KINGDOM, July 14, 2021 /EINPresswire.com/ — The Generation of the Gamer has well and truly arrived.

There are an estimated 2.8 billion gamers across the globe of which the majority, around 1.5 billion are from the Asia Pacific region.

The global video game market value is estimated to be around $178bn in 2021 with forecasts that this will grow to $268bn by 2025. The value of the video game market in 2021 in the US alone is estimated to be greater than $65bn with US consumers spending over $10bn a quarter of gaming. It is on its way to be the next trillion dollar industry. As well as household names like Nintendo, PlayStation, Xbox, Twitch and Steam, there is a rapidly expanding generation of gaming influencers thanks to platforms like TikTok and Facebook.

eSports is another booming subset of the gaming industry. In 2020 there were almost 500 million eSports viewers across the globe and around 4.4 million eSports players who streamed in Twitch in 2020. eSports merchandise now had become as popular as NBA or NFL merchandise. Video Game Walkthroughs are among one of the most searched items on the internet.

With numbers and momentum like this, Generation G or Generation Gamer is quite possibly the biggest and most influential generation on the plant.

Generation Gamer (GenerationGamer.net) has launched an official line of clothing and merchandise for the gamer generation. The brand unites the gaming world globally. Their slogan "Game On. Let's Play" represents both the the fun and competitive side of gaming. No longer can video gaming be said to be an ineffective use of time. The gaming industry now provides millions of jobs and has one of the highest engagement rates across online audiences. It is a generation that cannot be ignored and will be a powerful voice in the years and decades to come.

To support the video gaming industry and show you are a proud member of Generation G, you can visit www.generationgamer.net to get your official Gen G gear.