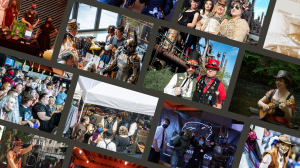 Among the fun and educational workshops and activities to be enjoyed are:

The PA STEAM & Video Game Festival was Founded by Kat Mahoney, Owner & Director of TheGeekGrid Studios based on her Computer Science & Video Game educational background and experiences with alternate learning methods for her own children on the Autism Spectrum.