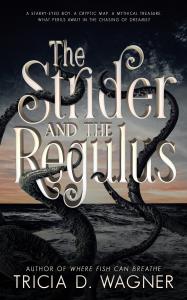 The Strider and the Regulus, by Tricia D. Wagner 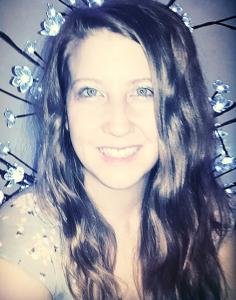 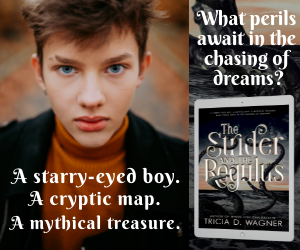 The Strider and the Regulus, by Tricia D. Wagner

A masterfully written YA literary fiction story of a boy finding his own way.

Tricia D. Wagner's pairing of a psychological struggle with the adventure of finding a promised treasure creates a story that pulls on readers' emotions as it satisfies their desire for action.”
— D. Donovan, Senior Reviewer, Midwest Book Review

ROCKFORD, IL, USA, August 3, 2021 /EINPresswire.com/ — Thirteen-year-old sea lover Swift Kingsley has a secret. Hidden in the yellowed pages of his beloved and ancient maritime book, he found a parchment—a treasure map—showing the mythical Star of Atlantis, an artifact that seafarers, for centuries, had sought and failed to claim. Swift wants nothing more than to be the discoverer of the ancient relic, but his father has other plans for his youngest son.

Author Tricia D. Wagner weaves a timeless tale of coming of age and self-discovery in The Strider and the Regulus, the first novel in The Star of Atlantis series.

For months, Swift has craftily avoided the dreaded Justus Talk, a discussion his father, Justus, has pressed with all three of Swift’s older brothers. To Swift, a Justus Talk meant his father would bring his boyhood adventures to an end and propel him into a path to adulthood—a youth pre-med internship to be exact, robbing him of all freedom and denying him his beloved sea adventuring and his precious book, The Star of Atlantis, which spun yarns of maritime histories, pirate lore, and sea legends.

“It wasn’t that the thought of leaning toward medicine wasn’t intriguing. It truly was. The stories that Caius and Justus came home with were mesmerizing. The idea of all that work was daunting, but even that wasn’t too off-putting. But—all that suffering. And death. Swift couldn’t bear those dark places that Justus and Caius seemed to handle so effortlessly. If Justus forced him in, Swift would just end up disappointing him.”

In the shadow of his three older brothers, Swift feels small, always trying to fit in and never quite succeeding. Finding the ancient treasure map in his book was a godsend. The meticulous map of navigation, ports, and coves would lead him to pirate’s riches… it would lead him to the Star of Atlantis.

“If Swift discovered pirate treasure, he’d be rich and very famous too. What could Mum and Justus say? There’d be no call for growing up. A Justus Talk would be needless.”

Things seem to brighten for Swift when his father agrees to take his sons sailing, to teach Swift the ropes of navigating his brigantine ship, the Regulus.

But on the open ocean, Swift’s thirst for the sea takes over and he resolves to brave the North Atlantic on his own, with the ship’s dinghy, the Strider, to reach his destiny: the Star of Atlantis. It’s a perilous undertaking to be sure—the treasure’s guarded by murderous mermaids and an undead pirate called Grog Blossom, or so the old book’s tale says.

Will Swift’s risky jaunt as “Captain Corkscrew” elevate his status among his father and brothers? Or will it prove that they’re right, that his longing for sea venturing is nothing but child’s play?

“Many things, which you might pursue, are complicated like this,” said his brother, Caius. “The path isn’t always direct. Often, it involves a lot of work you might not’ve expected. And to be good at it, you actually must love it… Treating it like a passing interest, or expecting success immediately isn’t going to cut it… You have to learn to love the struggle itself, not just the win. You have to get really, really good at standing back up after you’ve been punched down.”

Tricia D. Wagner expertly crafts a story about finding oneself, about the joy of pursuing a dream, and charting your own course in life. Her modern-day literary fiction story is written so poignantly, using artfully chosen and sparing language, it seems a book of a different era.

YA and older middle-grade readers, along with adult lovers of YA fiction, will relate to young Swift’s desire to hang onto his boyhood and his dreams for as long as he can. As Wagner touchingly relates in her story, “Growing up isn’t about falling into line. It’s about finding your own way.”

Learn more about The Strider and the Regulus

The Strider and the Regulus – Book Trailer!