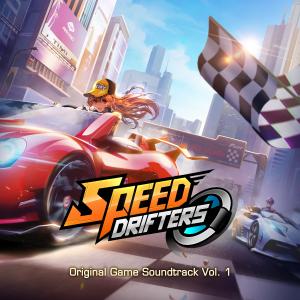 Released on PC more than a decade earlier, Speed Drifters drifted into the mobile port in late 2017 with a 3D kart racing experience for the evolving needs of Generation Z and millennials. In addition, the mobile version adds a modish touch to the racing experience with electronic music elements and innovative game features.

This zestful soundscape is now captured in Speed Drifters Original Game Soundtrack Vol. 1, produced by TiMi Audio, which is responsible for the design and production of audio modules of all the game titles by TiMi Studio Group. The five-track album includes contributions from South Korean multi-instrumentalist Seung Hyuk Yang and Chinese composer Wutong Xu, who has once collaborated with internationally acclaimed pianist Lang Lang for a live performance at an Honor of Kings event, another blockbuster title under TiMi Studio Group.

Speed Drifters has been a resounding success since its debut, accumulating over 700 million registered users around the world, including 200 million mobile players. While players vie to finish the races first in the speed mode, the game features the props mode, in which players will be given different special items like bombs, magnets and shields to give them an edge over opponents in the competition. But speed is not the only criterion to define success in Speed Drifters, where players could also be crowned for collecting the highest number of special items “kubi” in the kubi mode and following the beat in the dance mode.

The mobile version of the game is known as QQ Speed: Mobile in Mainland China and Speed Drifters for other markets.

Unisonar is a Los Angeles-based music label, music production company, and publisher that develops custom music and manages all aspects of music creation from single releases to music libraries for both corporate clients and individual artists. Unisonar specializes in producing and promoting musical content for entertainment enterprises that provide the Asian and Western markets with television, movies, and video games. As a team of accomplished composers and industry experts, Unisonar is dedicated to advancing the careers of our artists and delivering positive results all while building synergy across the global music community. For more information visit unisonar.com.